May 29, 2021
By Victoria Johnson
Conferences|American Academy of Neurology Annual Meeting 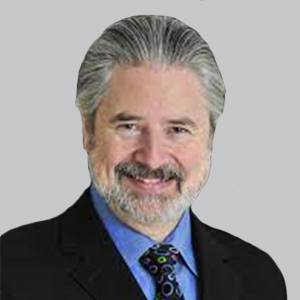 Early detection of cognitive impairment due to neurodegenerative disease may be achieved with a mobile application called the Mobile Toolbox Battery (MTB), according to a study presented at the 2021 American Academy of Neurology (AAN) Annual Meeting, April 17-22, by Sarah Pila, PhD, research assistant professor, Department of Medical Social Sciences, Northwestern University Feinberg School of Medicine.

NeurologyLive spoke to Gershon to learn more about the MTB and how it could help improve patient care. He also spoke about its potential in a variety of applications.

NeurologyLive: How could an accessible tool for early diagnosis of cognitive impairment help improve patient care, especially during the COVID pandemic?

Richard Gershon, PhD: I wish we had these tools available at the start of the COVID pandemic. We don't want that frustration in science playing catch up. Hopefully this will be ready for the next pandemic and used later in this one. The National Institute of aging has been working in funding millions and millions of dollars in studies on detection of dementia and Alzheimer disease and how to treat it. But the reality is we don't have any good treatments, once it's detected, that can help people live with. We may be able to slightly arrest where it's going. But in order to really do something at this point, I think the current logic is to find out what the predecessors of dementia are going back as early as age 20.

The advantage of this project was we have a very inexpensive way to test 100s of 1000s or millions of people starting in their 20s and see what the trajectory of cognitive decline is, or any signaling incidents that may occur, something that we can detect early on that we might actually be able to do something about. So that was really the goal behind this grant, to have an inexpensive platform. Now, a platform is going to be great for other things, too. Right now, to have a neuro psych evaluation, it’s probably $3000 and a lot of face-to-face time in a physical location. And there's value to that. But what if we want to test millions of people - the only way to feasibly do that is on a person's own computer. And the computer today is really the smartphone. So, we've developed a series of assessments that are accurate, that parallel the existing tests, and then assess neurological behavior and function. People can take this on their own phone and get that data automatically back. And there may be future clinical uses, but right now it’s more for screening and research.

Do you envision the MTB eventually being used as a diagnostic tool for physicians?

I think versions of it, yes. We're awaiting a grant, hopefully to be awarded this summer, that would allow us to take these measures and use them in a telemedicine environment. So, the patient would be on with a neurologist. So, there are new pharmaceuticals coming out which may benefit people, and then the question is how do we test the thousands of people who are going to want to take them? We simply don't have enough neurologists to test that kind of quantity of people if they come in a wave.

One option may be to give this measurement as an initial screen. It could potentially be self-administered, which is really the goal of this current project, or perhaps taken in a telemedicine environment under a doctor's supervision. The doctor would make sure the patient isn’t watching television or distracted, because a lot of good neuropsych tests require accurate timing. If a person is distracted, the results can be deceivingly worse than they should be. There certainly is potential for that. We're currently wary of using the battery directly for clinical decision-making if someone's taking it on their own. There are many problems with that we’d have to solve.