The MTB is built to safely, remotely, and effectively collect data from assessments that measure the executive function, language, memory, and processing speed of adults, and can be captured via smartphone. 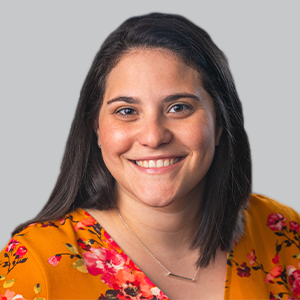 A novel method of data collection, dubbed the Mobile Toolbox Battery (MTB), may allow for earlier detection of cognitive impairment in individuals due to neurodegenerative brain diseases, according to a poster presentation at the 2021 American Academy of Neurology (AAN) Annual Meeting, April 17-22.1

Pila and colleagues noted that the MTB is currently available for both iOS and Android devices and that the investigators envision it being utilized for either fully remote or remote follow-up studies. The initial core tests within MTB, they noted, were designed to measure comparable cognitive skills to those in the well-established NIH Toolbox Cognition Battery, which has been a standard used for in-person research. The validation measures against the NIH battery in a sample of healthy adults, as well as a corresponding norm from a nationally representative sample, are expected in the summer of this year.

“I wish we had these tools available at the start of the COVID-19 pandemic—that’s a frustration in science, playing catch up. Hopefully, this will be ready for the next pandemic and for use later in this one,” principal investigator Richard Gershon, PhD, Vice Chair for Research, and professor, Department of Medical Social Sciences, Northwestern University Feinberg School of Medicine, told NeurologyLive. “The National Institute of Aging has been working in funding millions and millions of dollars for studies on the detection of dementia and Alzheimer disease and how to treat it. But the reality is we don't really have any good treatments once it's detected. We can help people live with what it is, we may be able to slightly arrest where it's going, but in order to really do something, at this point, the current logic is that if we can find out what the predecessors of dementia are going back as early as age 20, [we could intervene].”

As it stands, the number of sensitive assessment tools to meet the need for earlier detection of cognitive impairment is quite low. This is particularly important in light of the recent estimations from the Alzheimer’s Association that the number of individuals with Alzheimer disease is anticipated to increase by more than double the current number of 5.8 million Americans over the age of 65 years by 2050. Additionally, 16 million individuals are believed to be affected by cognitive impairment in the US, currently.2

The hope for Pila and Gershon and colleagues is that the MTB will offer an easier way for investigators to more frequently test participants, while also diversifying study populations—a consistent challenge in Alzheimer disease and dementia research—due to the lack of a need for in-person evaluations.

“The advantage of this project was could we have a very inexpensive way to test hundreds of thousands or millions of people starting in their 20s, and see what the trajectory of cognitive decline is, or if there is some incident, or something, that we can detect much earlier on that we might actually be able to do something about,” Gershon told NeurologyLive. “That was that was really the goal behind this, to have an inexpensive platform.”