Effect modification by cognitive status and APOE genotype revealed greater effects of mild behavioral impairment with apathy in those who had normal cognition or in non-APOE ɛ4 groups. 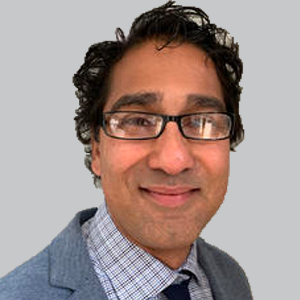 Following a cohort of dementia-free participants from the National Alzheimer Coordinating Center, findings showed that the presence of apathy in those with mild behavioral impairment (MBI) increases the risk of progression rate to dementia, with effects modified by cognitive status and apolipoprotein (APOE) genotype.1

All told, those with MBI and apathy had a 2.69- and 2.61-fold greater progression to dementia compared with those who had no neuropsychiatric symptoms (no-NPS) and no apathy, respectively. Senior investigator Zahinoor Ismail, MD, FRCPC, neuropsychiatrist, University of Calgary, and colleagues concluded that this group may "represent a precision medicine target to explore dementia prevention interventions."

Results showed that not only did the MBI-apathy group have a greater progression rate to dementia than no-NPS (hazard ratio [HR], 2.69; 95% CI, 2.15-3.36; P <.001), but that the interaction effects were moderated by cognitive diagnosis and APOE genotype. In the secondary analysis, Cox regressions determined HRs of progression to dementia for MBI-apathy relative to no-apathy, adjusted for baseline age, sex, years of education, race, cognitive diagnosis, and APOE genotype.

"Understanding the interaction between genetic, behavioral, and cognitive risk factors of AD is essential in determining preventative interventions for the development of AD dementia,” Ismail et al concluded.1

In 2021, a systematic review and meta-analysis of 10 studies comprising 26,195 individuals was published, examining the association between apathy and the transition from normal cognitive function to cognitive impairment and dementia. Apathy status, available for 22,101 participants, was present in 8.16% (n = 1803) of those, with follow-up ranging from 1 to 13 years. Results showed that apathy was associated with a greater than 2-fold increased risk of progression to cognitive impairment in the cognitively normal population.