Minimal symptom expression, demonstrated by scores of 0 to 1 on MG-ADL, was observed in more than 25% of both rozanolixizumab groups compared with 3.0% of those on placebo. 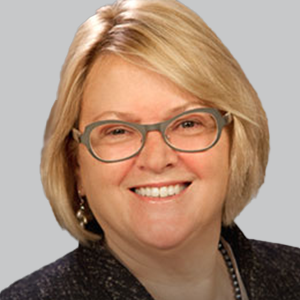 Led by Vera Bril, MD, FRCPC, professor of medicine/neurology, University of Toronto; and director, Neuromuscular Section, division of neurology, University of Toronto, the study recruited 200 adults with generalized MG who were randomly assigned 1:1:1 to weekly subcutaneous rozanolixizumab 7 mg/kg (n = 66), 10 mg/kg (n = 67), or placebo (n = 67) for 6 weeks. Those included were on an acetylcholine receptor or muscle-specific tyrosine kinase and had a Myasthenia Gravis Foundation of America Class between II-IVa.

A treatment response was considered an improvement of at least 2 points on MG-ADL, and 3-point improvement on both QMG and MGC. Additionally end points included minimal symptom expression, demonstrated by scores of 0 or 1 on MG-ADL, and safety. Overall, rozanolixizumab-treated patients showed better response on all outcomes relative to placebo. Specifically, 71.9% and 69.4% in 7 mg/kg and 10 mg/kg groups, respectively, achieved response on MG-ADL, compared with 31.3% of those on placebo.

Original findings from MyacarinG were announced in December 2021, and further presented at the 14th Myasthenia Gravis Foundation of America International Conference on Myasthenia Gravis and Related Disorder annual meeting, held May 10-12, 2022. During the conference, UCB announced its plans for regulatory submission of rozanolixizumab and zilucoplan, its other MG agent, for later this year. At the time, Bril said in a statement that, “The results from the MycarinG study are extremely encouraging, and demonstrate the potential of rozanolixizumab as a new, effective and flexible treatment option to help ease the day-to-day burden of this challenging disease and improve treatment outcomes for patients."2