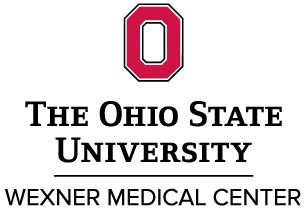 Douglas Scharre, MD, discussed the key findings from a recent study evaluating the Self-Administered Gerocognitive Exam and its application for at-risk populations.

This is part 2 of this conversation, for part 1, click here

Assessments designed to detect early signs of cognitive, memory, or thinking impairments offer further potential to identify patients that are more likely to develop dementia. One such assessment, the Self-Administered Gerocognitive Exam (SAGE) offers this opportunity for patients in the form of a pen-and-paper test, as well as an identical, digital companion version, called the BrainTest.

Recently evaluated in a study comparing its efficacy to that of the Mini-Mental State Examination (MMSE), investigators found that the SAGE test showed a statistically significant decline from baseline scores at least 6 months ahead of the MMSE for patients who converted from mild cognitive dementia (MCI) to Alzheimer disease (AD) dementia (14.4 vs 20.4 months), patients who converted from MCI to non-AD dementia (14.4 vs 32.9 months), and patients with AD dementia (8.3 vs 14.4 months)

NeurologyLive® spoke with lead author Douglas Scharre, MD, to discuss key findings from the study, as well as specific benefits of SAGE being a self-administered tool for this patient population. According to Scharre, who is the director of the Division of Cognitive and Memory Disorders in the department of neurology at the Ohio State Wexner Medical Center, in addition to identifying those that are at-risk, the test is also beneficial for the “worried well,” as doctors can use it to confirm clinical status and allay worries.

NeurologyLive®:What were the key findings from the study? Were any surprising in any way?

Douglas Scharre, MD: I think our hypothesis was that SAGE would do better than a Mini-Mental State Exam; it was designed that way. It was designed to pick up mild cognitive impairment, whereas the Mini-Mental State is not really great at doing that. Our thought was, we should be able to pick up people that would eventually develop dementia earlier, and that's, in fact, what we found. There were 2 main points to this study, 1 was tests compared head-to-head, done every 6 months for these people that would come into a cognitive clinic. Every 6 months, those that were going to eventually develop dementia—this is based on our standard clinical criteria at a large memory disorder center—those that would eventually develop dementia, we started seeing a decline in the SAGE score, and they dropped 2 to 3 points in about 12 to 18 months. That was a significant decline, which made it very likely, with about 80% sensitivity, that those people would develop a dementia condition.

It gave a little hint that this is the time to maybe think about diagnosis—if you're in a [primary care provider’s] office, especially—maybe we can get more supervision for them, maybe we can start doing Power of Attorney, maybe watch their driving, check their medications. If they're early on for Alzheimer's, all the medications that we know for Alzheimer's, or for most cognitive conditions, will work better the earliest start. You have more options, if you catch something early, whether it's Alzheimer's or any other medical condition, usually have more options for treatment than if you wait until they're mild to moderately demented. [The SAGE test] was designed to be an effective screening tool to identify people early, start treatments early, and typically lead to better results.

Is there a plan to explore the tests’ utility through different approaches?

I think the test is effective and useful as it stands now—the paper test and the digital tool. People should know it is not a diagnostic test, it just measures cognitive assessment, so it won't tell you whether you have Alzheimer's type dementia, or whether it's from sleep apnea or vascular dementia. That requires the physician to put this in context of the individual's medical profile and their personalized medical history. I think this test fits perfectly to help identify people early on, so if there is an effective disease-modifying treatment that comes out for Alzheimer's, or if you think that Aduhelm is that treatment, or others that will be coming out [it will be used]. These types of tests are so critical to identify people early on, and that it could be even done at home.

When we first published the SAGE test, several years ago, people would get on and download it—we had over 1 million downloads in the first 6 months, which tells me that people want help out there. Maybe it's the spouse who's giving it to the patient, maybe it's the daughter or son, maybe it's the patient themselves, and they want to know, "I'm doing okay—my mom had Alzheimer's, but maybe I'm still doing okay." The test is very effective as well, for the "worried well," and primary care doctors really love SAGE and BrainTest for this purpose. So that person comes in [and says], "I've got memory problems, I think I'm losing it. I think I'm having dementia." You give them the test, they score perfect, and so the patient knows, "Okay, I was tested. Thank you, doctor, you tested me." And the doctor says, "Looks really good. We'll test you again in a year—we're going to keep an eye on you, we're watching it." It's not this, I'm waving my hands [saying], "I don't think you have dementia. We all think that."

[Doctors] love to have a test, patients really love to have some test that's a valid test that would say, "Yes, you're still doing okay, and we can check up on you." They're very comforted by that. And then of course, it's the ones that usually don't think they have a problem where you're picking this up, and so it's even more important, then you'll say, "This person, they have decreased insight, we're picking something up early. Let's go with that and proceed."

The only other thing I'll mention is that we're using [the test] for a variety of purposes, not just early diagnosis for mild cognitive impairment. At Ohio State, we're going to be putting it also into our electronic medical records pretty soon, but people have used it before and after chemotherapy to see the effect of the cognitive issues before and after a surgery. If you think there may be some change you could predict in their cognition—is that chemotherapy really impacting their brain? Now you have a pretty solid test you can use that is self-administered; they could do it at home before they come in for the chemo. There's more flexibility, whether it's a paper form or a digital form, you don't need an administrator. It just makes it easier to get this data before and after, and you can measure over time if there's any changes.