A systematic review of 43 studies suggests that MR-guided LITT and radiofrequency ablation had lower rates of Engel Class I outcomes, but fewer major complications post-procedure. 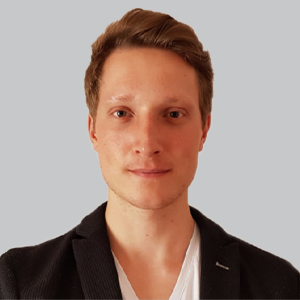 The results of a newly published systematic review of a number of databases have identified a number of possible advantages and comparisons between minimally invasive and traditional surgical approaches to treating mesial temporal lobe epilepsy (mTLE).

Particularly, the data suggest that magnetic resonance‐guided laser interstitial thermal therapy (MRgLITT) is safe and effective but has a significantly lower rate of Engel Class I outcomes, defined as seizure freedom, compared to the conventional approaches of anterior temporal lobe resection (ATL) or selective amygdalohippocampectomy (sAHE). Similar rates of Engel Class I outcomes were observed with radiofrequency ablation (RFA), though MRgLITT and RFA showed a tendency to be more advantageous compared to ATL and sAHE in terms of procedure complications.

Additionally, it appears possible for cognitive function to be affected by all of the mentioned procedures, but lateral temporal functions such as naming or object recognition were less affected by MRgLITT.

“However, because the tissue is not completely removed in comparison with open surgery, insufficient destruction can lead to reorganization of epileptic networks and, thus, to a recurrence of seizures, which emphasizes the importance of good patient and surgical technique selection,” Kohlhase et al. wrote. “Whereas data on conventional epilepsy surgery suggests that outcome after 1 year is already a good predictor for long‐term seizure outcome, comparably robust data after MRgLITT or RFA is not yet available.” 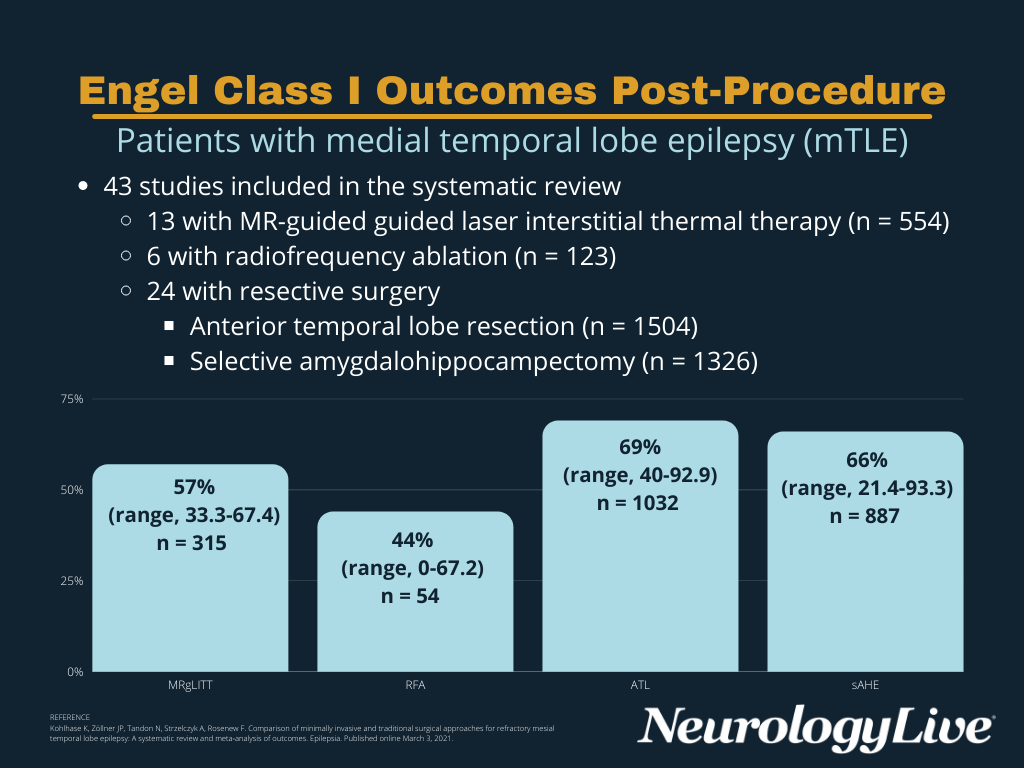 “For the selection of patients, mesial [hippocampal sclerosis] might be a prognostic factor for a more favorable outcome in patients treated by MRgLITT,” Kohlhase and colleagues wrote. They added that “the high heterogeneity in RFA suggests that some approaches such as the occipital approach may be similar to MRgLITT, whereas others are not.”

The rate of Engel Class I outcome in patients with mTLE and hippocampal sclerosis (HS) treated by MRgLITT was 64% (123 of 192), with meta‐analysis comparison with non‐mTLE and HS patients showing significantly better outcomes in those with proven mTLE and HS (Q = 8.55; P = .0035).

Neuropsychological deficits occurred after all procedures, with left‐sided surgeries showing a higher rate of verbal memory impairment. Although lateral functions such as naming or object recognition might be preserved in MRgLITT, the group noted.

“Between MRgLITT and RFA there were no significant differences in Engel‐I outcome, whereby the success of treatment seems to depend on the approach used (e.g., occipital approach),” wrote Kohlhase and colleagues. “MRgLITT shows a similar rate of complications compared to RFA, whereas patients undergoing MRgLITT may experience fewer major complications compared to ATL or sAHE and might have a more beneficial neuropsychological outcome.”