Significance of a Potential Traditional Approval of Lecanemab

Sharon Cohen, MD, FRCPC, offered her insight on the significance of the lecanemab approval and what it means for patients with Alzheimer disease. 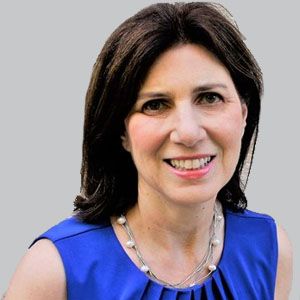 Recently, on January 6, 2023, the FDA approved Eisai’s antiamyloid therapy lecanemab (Leqembi) for patients with early Alzheimer disease (AD). This treatment makes it the second approved therapy in its class, behind aducanumab (Aduhelm, Biogen), which received approval in June 2021. Lecanemab and aducanumab both were approved through the accelerated approval pathway, meaning the safety and efficacy of these agents would have to confirmed in phase 4 studies.1 Following the approval, Eisai submitted a supplemental biologics license application (sBLA) for the transition from the accelerated approval to a traditional approval for the agent.

A Bayesian design clinical trial named Study 201 (NCT01767311) acted as the foundation for the approval. The study included 856 patients with early AD and showed that treatment with 10 mg/kg biweekly lecanemab reduced brain amyloid by a mean of 0.306 standardized uptake ratio units (baseline mean, n = 1.37).2 Sharon Cohen, MD, FRCPC, was an investigator on both Study 201 and Clarity AD (NCT03887455), the phase 3 confirmatory trial used in the most recent sBLA.

In an exclusive interview with NeurologyLive®, Cohen reviewed how the new therapy will be integrated into the AD community for both physicians and patients. Cohen, a behavioral neurologist and medical director of the Toronto Memory Program at the University of Toronto, also compared the methods of approval and the significance for traditional approval.

NeurologyLive®: What is the significance of having two agents available, especially considering one has shown substantially better efficacy and safety data, at least to this point?

Sharon Cohen, MD, FRCPC: With the FDA’s latest approval of lecanemab, what we see here is very consistent results with an antiamyloid therapy used in early symptomatic stages of Alzheimer's disease, and it builds on the prior aducanumab data. It shows us in a more consistent way that we can impact the underlying biology of the disease. We can clear amyloid—which is the earliest bad actor that we can identify in this disease—we can clear it substantially with lecanemab, and we see clinical benefit we see slowing of disease. In the case of lecanemab, the FDA used the phase 2 study for the accelerated approval process. They will use the phase 3 data which has already been presented and published for the whole approval process, which we're very hopeful about but we see significant disease slowing. Not modest, moderate degree of slowing in cognition, in day-to-day function, reduced caregiver burden, improved quality of life or less declining quality of life in people who are living in the community and still largely independent, despite their diagnosis of Alzheimer disease. We haven't seen that before and now 2 drugs, 1 building on the other showing similar, but more consistent effects. I think this is a pivotal time for our field.

What does the accelerated approval ultimately entail for the drug and could it have serious impacts on availability and accessibility going forward?

Previously the supplemental BLA was submitted, but is it just a wait and see approach at this point?

Well, there will be some waiting and seeing. Meanwhile, Eisai has had very constructive conversations with CMS to explain why this broad decision they made not to cover accelerated pathway approval for the whole class of monoclonal antibodies is not as sound as it may have once seemed. Originally, the role of accelerated pathway approval is to make a drug more accessible, not less accessible. If it looks promising, and it can help people especially in a progressive disease, you don't want people to have to wait. There are constructive discussions going on. They've been going on for a while and will continue to go on and meanwhile, the FDA will do its review the phase 3 data. I think both things are going to play out at the same time.

How are we going to ensure that we're getting these treatments to the patients that need them the most going forward?

Assuming cost is not a barrier, we need to do a lot of educating so that people come forward with their memory problems. We want people to take mild changes seriously and their physicians to say, “Okay, I hear you, let's do a screening test, let's sort this out.” Not all memory problems are due to AD, but we don't want to miss a treatment opportunity. Uncertain people are going to be at higher risk for mild memory problems being AD, if they've got a family history, if they're over 65 years old. Not to scare people, but to say, “Hey, there are treatments now that could benefit you and keep mild memory problems mild, let's not miss that opportunity.” I think the education for both our physician colleagues and for the community will go a long way.