Mar 1, 2022
By Abby Reinhard
Conferences|Americas Committee for Treatment and Research in Multiple Sclerosis 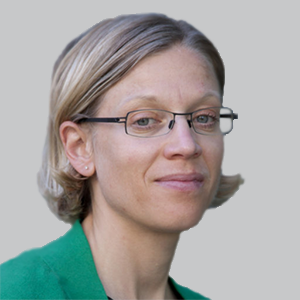 Patients who RRMS who silently progressed (n = 159) were compared with clinically matched patients with RRMS who remained stable (n = 147) over the course of the 12-year observation period. To avoid potential bias from dichotomization into RRMS/SPMS, previously published group assignments for silent progression based on disability worsening (W/NW) and relapse activity (R/NR), including patients with RRMS and SPMS, were assessed. Model selection was based on LASSO and backward stepwise regression analyses, and from brain MRI, investigators assessed the value of global and regional brain measures and spinal cord area at C1Asilenet clinical progression.

“A major challenge in multiple sclerosis research is the understanding of insidious disability worsening termed silent progression that occurs early in MS in a subset of patients,” Bischof et al wrote.1 “The development of predictive biomarkers could facilitate early patient stratification for therapeutic strategies. As such, brain and cord atrophy from MRI volume changes might be useful predictors of clinically silent disease progression.”

The best predictors of an EDSS score of 3.0 (mild disability) were a reduced cord cross-sectional area (CSA); a higher T2-hyperintense lesion volume; thalamic, lower DGM, and cerebellar volumes; reduced cortical thickness in the frontal lobe; and a higher number of cervical cord lesions. Lower cord CSA, whole-cerebellar, lower posterior cerebellar and thalamic/DGM volumes, a higher number of cord lesions, and reduced sensorimotor and frontal CTh were all identified as the best predictors of EDSS score of 4.0 (severe disability and impairment).

Bischof has previously reported on the clinical utility of cervical cord atrophy, speaking specifically with NeurologyLive® on the potential to use it as a biomarker of impending conversion to SPMS. She and colleagues conducted a longitudinal study to evaluate spinal cord atrophy measured in patients with MS through MRI over 12 years and found that upper cervical cord atrophy obtained from routine brain MRI is a strong indicator of impending conversion from relapsing-remitting MS to secondary progressive MS, which they presented at ACTRIMS Forum 2019.3

In those data, brain volumetric and spinal cord area at C1 level were analyzed from brain MRI in order to evaluate their potential to differentiate between the 2 matched groups prior to the conversion period. Those who developed SPMS demonstrated an accelerated rate (–2.15% per year) before conversion to secondary progressive compared to those with relapsing-remitting MS matches who did not convert to SPMS (–0.74% per year). The data suggest that the difference exists at least 4 years before conversion to SPMS. Bischof concluded that the cervical atrophy rate at C1 level can be used as a prognostic marker to study MS and measure the long-term impact of treatment in trials.