People who did not use trazodone had up to a 2-fold faster decline in MMSE score than those who used the drug. 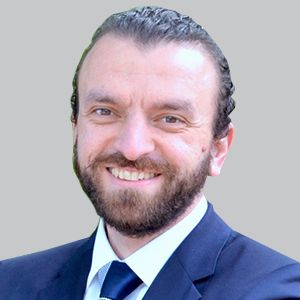 Trazodone use may delay cognitive decline, according to data from 2 longitudinal cohorts.

A common treatment for depression, anxiety, and insomnia, trazadone is known to increase sleep duration in patients with Alzheimer disease and slow-wave sleep in older adults.

In order to examine the potential association, investigators led by Elissaios Karageorgiou, MD, PhD, analyzed data from the University of California San Francisco Memory and Aging Center and the Study for Osteoporotic Fractures in Women. Results of the analysis were presented at the 2019 Alzheimer's Association International Conference, July 14-18, in Los Angeles, California.

They identified participants who were cognitively non-impaired and patients with a diagnosis of mild cognitive impairment or Alzheimer disease who used trazodone for at least 2 contiguous evaluations. Participants were matched for age, sex, education, sleep complaints, cognitive diagnosis, and baseline Mini-Mental State Examination (MMSE) scores. Change in score on the MMSE was the primary outcome.

Ultimately, 25 participants from the UCSF study and 55 women from the osteoporotic study older than 65 were included and identified as using trazodone.

Findings suggest that people who did not use trazodone had up to a 2-fold faster decline in MMSE score than those who used the drug. Notably, benefits were more pronounced in participants who reported sleep problems at baseline, and those whose sleep improved over time. The investigators noted differential mediating effects of actigraphy and polysomnography parameters, as well as concomitant medications.

It’s important to point out that the differences observed between the cohorts appears to be dependent on demographics and clinical assessments.

All told, the findings “support for a potentially attractive and cost-effective intervention in delaying cognitive decline in AD,” the investigators wrote.

Further research is required to clarify if the observed changes are causal, or if they are an indirect marker of other biological effects “such as treated sleep disruption or [slow-wave sleep] enhancement, allowing for a new class of medications that consolidate sleep quantity and quality in the treatment of AD.”