While the relationship between sleep and cognition needs to be further studied, sleep-based interventions may be a future approach to help prevent cognitive decline. 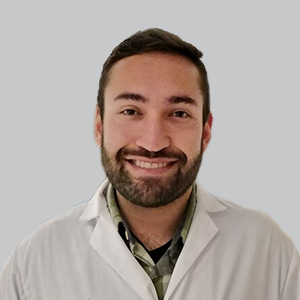 Data from a recent study suggest that sleep profile may be able to predict the trajectory of cognitive function in patients with mild-to-moderate Alzheimer disease (AD).1

Investigators found a significant difference of –1.51 (95% CI, 2.43 to –0.59) in the Mini-Mental State Examination (MMSE) after 12 months of follow-up between deep and light sleepers. Sleep depth and cognitive decline exhibited a dose-response relationship (P-trend = .02). A similar relationship was seen between sleep depth and processing speed as measured by the Stroop words test (SWT; P = .016) and executive function as measured by the verbal fluency test (VFT; P = .023).

“This is the first study to report an association between sleep and cognitive decline after the diagnosis of Alzheimer’s disease. Accordingly, the sleep profile may have a predictive role in relation to the cognitive function of mild-moderate Alzheimer’s disease patients after 12 months of follow-up,” first author Adriano D. S. Targa, MD, Centro de Investigación Biomédica, Red de Enfermedades Respiratorias, Spain, and colleagues wrote.

“Further studies will be necessary to investigate whether relationships of causality between the observed associations are present and to evaluate whether the predictive role of sleep is maintained after longer periods of follow-up. In case of a positive response, sleep-based interventions could be considered to prevent a marked cognitive decline,” Targas and colleagues wrote.

NeurologyLive previously spoke with Christian Agudelo, MD, Evelyn F. McKnight Neurocognitive Scholar, University of Miami Miller School of Medicine, about a study he served as lead investigator for that found a link between poor sleep patterns and cognitive decline.2

While the effects of poor sleep have yet to be determined in different race or age populations, Agudelo noted that there could be neurodevelopmental issues that stem from poor sleep, but also that behavioral tendencies and the lack of prioritizing sleep may have an impact as well. He also stressed that these associations should additionally be observed in younger populations and that the need for diversifying study populations is crucial to further justify broader implications.