Late-Life Depression May Forecast Cognitive Impairment in the Elderly 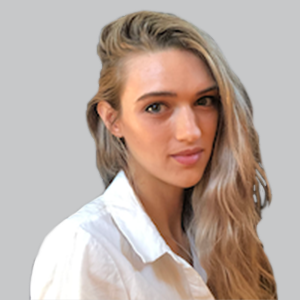 Late-life depression (LLD), a common condition for older adults in the US, may aid physicians in the prediction of the risk of cognitive impairment for these individuals.

In total, 44% of the patient population (n = 28; total population, n = 64) assessed was observed to have impairment on at least 1 cognitive test, while 41% (n = 26) showed subjective cognitive impairment (as measured by Everyday Cognition Scale [ECog] ≥1.81), as well as 23% of the study partners.

“Anxiety and depression predicted subjective cognitive concerns in participants with LLD. Participant race, gender, stress, and social support predicted study partner ratings of participant cognition,” the authors wrote. “Objective cognition was not a significant determinant for participant or study partner ratings. The divergence between Self and SP-ECog predictors underscore LLD’s impact on accurately interpreting cognitive concerns and the need for further research.”

The team included Emily Burns, BS, University of California, San Francisco, and explored if anxiety and depression could help forecast self-reported cognitive complaints rather than objective cognition with a poor agreement between self and study partner ratings, in a recent poster presentation at the American Psychiatric Association Virtual Meeting, May 1-3, 2021.

Some studies have, in contrast, shown that study partner ratings of participant cognition are linked to objective cognition in non-depressed patient samples. However, the impact of participant clinical status, stress, social support, gender, and race are not clarified in LLD.

In the study, the investigators examined community-dwelling older adults with LLD and their study partners. The team determined a diagnosis of depression using Structured Clinical Interview for Diagnosis (SCID) of DSM-IV Axis I Disorders and depression severity.

This is not the first time that depression has been linked in some way with dementia. In fact, prior research has even suggested that depression among those who care for individuals with dementia can impact, in turn, the patients. The results of a 2019 longitudinal cohort study, also from the University of California San Francisco, suggest that among patients with dementia, caregiver depression seemed to be significantly associated with increased emergency department use, which, if addressed, could improve health outcomes and lower costs.2

The study looked at data 663 dyads from the Care Ecosystem Study, which examined a supportive care intervention for patients with dementia and caregivers. Among the dyads, 84 caregivers (12.7%) had depression at baseline and 368 (55.5%) had high caregiver burden. After adjustment, caregiver depression at baseline led to a 73% increased rate of emergency department presentation in the subsequent 6 months. Caregiver depression was associated with higher rates of emergency department use among patients with depression, which indicates an important risk factor for healthcare use. The investigators were led by Elan Guterman, MD, neurohospitalist and assistant professor of neurology, University of California San Francisco, and reported that by overlooking caregiver depression, clinicians may be neglecting an important component of care.

A version of this story originally appeared on NeurologyLive’s sister site, HCPLive.