The Status of Sleep Research and Areas of Need

Raman Malhotra, MD, associate professor of neurology, Washington University in St. Louis, and president, AASM, discussed the state of research in sleep medicine and the gaps in care that need to be addressed. 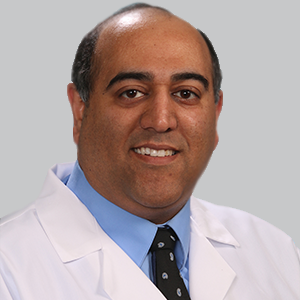 This is the second part of a 2-part interview. For part 1, click here.

In late June, the American Academy of Sleep Medicine (AASM) published a position statement affirming that sleep holds an essential role in the overall health and well-being of individuals and called for a focus on improving sleep for the overall population.

More than 25 medical, scientific, patient, and safety organizations signed off on the statement, acknowledging sleep’s importance for health and the need for improved awareness and additional circadian research into how sleep relates to quality of life. Raman Malhotra, MD, associate professor of neurology, Washington University in St. Louis, and president, AASM, was an author of that statement.

As such, NeurologyLive sought out Malhotra to find out more about the statement and the goals of the AASM, in addition to clarifying details related to the organization’s role in the federal Healthy People 2030 initiative, as well as to get his thoughts on the state of sleep care. Malhotra spoke to the need for a better focus on sleep in the rehabilitative portion of care as well as the status of research into sleep hygiene.

Can you offer more about the Healthy People 2030 initiative and the AASM’s involvement?

Raman Malhotra, MD: Different departments on the federal level have come up with different metrics on how to give goals for our populations to become healthier, again, targeting things like heart health and exercise and nutrition. They've fortunately included sleep as well and realized that this issue of not getting enough sleep, or even suffering from sleep disorders, is definitely an epidemic in our country. So not only in Healthy Sleep 2020, but the 2030 metrics on sleep are going to be something that our government's going to want to set as a goal to improve and to track throughout the years to hopefully show that we're kind of moving the ball forward in regard to getting healthy sleep for our population.

Does the federal government’s involvement mark a turning point in the public's view of sleep?

Definitely. I think we all recognize some of the major health issues that our country is facing, whether it is obesity or heart health, stroke or dementia, and it's very important to see how sleep plays a role in those. There are obviously other things that need to be looked into as well, but it is a major landmark that the federal government, and multiple medical societies who also supported this statement, recognize that sleep is part of that solution. And by not recognizing or treating that underlying sleep disorder or insufficient sleep, we're not going to be able to accomplish our goal of a healthy population without recognizing that.

Do you find that the research on the impacts that poor sleep health and poor sleep hygiene can have on other disorders is where it needs to be?

We've made tremendous strides in understanding the role sleep plays in some of our neurological disorders, though, I think we're still probably in its infancy. It's really unbelievable, some of the major things that we’ve learned about the role of sleep, for example, in dementia. We obviously are learning a lot about dementia from a lot of different angles, but we now know that not only is sleep important for someone who has dementia regarding better function, but it can not only slow the progression of, for instance, Alzheimer disease, but it may even play a role in the onset or the presentation of it. Maybe the sleep that someone's getting in their young- to mid-adulthood will eventually impact brain health decades later.

I think that that's eye-opening, to say the least. But we're still learning why, and what interventions can we implement besides just saying, “Get enough sleep.” That's going to be important to preserve that brain health.

What are you keeping your eye on right now as it relates to sleep disorders?

One thing we've continued to struggle with, when we see patients in our sleep clinic, is how do we measure someone's sleep. When we bring them into the lab, we know we're altering their normal environment, and it's just 1 night of many. It's hard to believe that that really represents their true sleep and what state they're in. I think the next thing is getting multiple nights of really good data at home, hopefully cost-effectively, with not many sensors and maybe something that's not invasive. Technology is getting to the point where we'll be able to measure people's quality of sleep at home, how long they're sleeping, how deep they're sleeping, hopefully, relatively easily and safely. That could be groundbreaking as we try to learn more about how sleep impacts health.

Is there anything else you want to add about the AASM statement?

We talked about sleep education and sleep in the clinical setting. But one of the things our statement reports on is the importance of sleep in the hospital setting and in the rehabilitation setting, and a lot of our neurologists will see patients in the hospital acutely after an injury. We all know how horrible sleep can be in the hospital. But one part of this statement was to make sure that the hospital systems prioritize the importance of sleep for that brain that's recovering from an injury, and then as they transition to maybe a facility afterward—which a lot of our patients do—and following that up again, with the importance of that patient getting enough sleep, as that brings healing. Hopefully, that’s something we can implement relatively easily, but we think could have a huge impact on how well our patients do.

Is there standardization of that, or is that something that sort of needs to be implemented?

They are far and few between, but there are hospital systems and certain facilities that really prioritize sleep and make sure that staff and patients are aware of certain rules, when to check for things in the middle of the night, making sure people are quiet, that the lighting is appropriate, and the noise levels are appropriate. It does exist, and they're actually relatively easy things to implement. It's just a matter of someone bringing it to attention. But we do feel that there are data suggesting that patients do better when they are able to sleep more comfortably and in a quiet environment after suffering a neurological disease.