Inquiring about memory in older persons during routine clinical examination may identify persons who might be at higher risk for stroke. 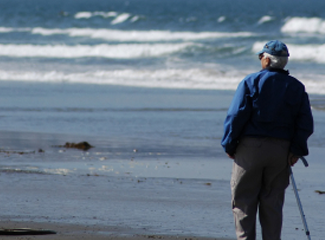 Stroke risk in older patients may increase with memory complaints.

In the light of this evidence, we aimed to determine the association between early cognitive impairment, which can present as subjective lapses in memory, and future risk of stroke in older persons.

We used data from the Rotterdam Study on 9152 healthy aging individuals (mean age, 67 years). The participants were recruited into the study in 1990; an expansion of the cohort took place in the year 2000. All participants underwent a questionnaire about memory. Those who had answered “yes” or “no” to a single question-“Do you have memory complaints?”-at baseline were included in our study.

The prevalence of subjective memory complaints in our study population was 17%. During the follow-up of these persons until 2012, 1134 incident strokes occurred (663 were ischemic strokes and 99 were hemorrhagic strokes).

In our analyses of these data-after adjusting for age, sex, education, diabetes mellitus, blood pressure, blood pressure–lowering medication, smoking status, serum lipids, lipid lowering medication, apolipoprotein E4, activities of daily living, and the Mini-Mental State Examination (MMSE)-we found a higher risk (hazard ratio [HR], 1.20) of total stroke in persons who answered “yes” on the subjective memory complaints question compared with persons who did not complain about their memory. The HRs for ischemic strokes and for hemorrhagic strokes were 1.22 and 1.39, respectively.

We simultaneously compared the association with an objective test of memory, the MMSE, and found no significant association with stroke risk. We scrutinized our data further by censoring participants in whom dementia developed during follow-up and excluded those who had an MMSE score lower than 26 at baseline to preclude whether subclinical dementia may affect the association between subjective memory complaints and stroke. We found similar results in these subgroups.

In addition, we performed a stratified analysis by the level of education. In our study sample, we found that among persons with a high vocational or university level of education, those who complained about their memory were at increased risk for stroke (HR, 1.39) compared with persons who had no memory complaints.

These results highlight the significance of subjective memory complaints, especially in highly educated persons who may be protected by their cognitive reserve. Higher cognitive reserve may mask early cognitive changes that may have resulted from subclinical vascular insults to the brain. Despite complaining about their memory, these persons may still perform well on objective cognitive tests. Therefore, complaints about memory in highly educated persons may be predictive of an increased risk of stroke.

Early identification and modification of cardiovascular risk factors in persons who complain about their memory may help prevent future stroke, particularly in persons with a high level of education.

• Subjective memory complaints are an important predictor of stroke.

• Inquiring about memory in older persons during routine clinical examination may identify persons who might be at higher risk for stroke.

• Caregivers should vigilantly monitor older persons, especially those who have attained a high level of education, about their memory status.

• Memory complaints should prompt further investigation of cardiovascular risk factors, and measures should be taken to modify these risk factors to lower future risk of stroke.

Our study appeared online before print on December 11, 2014, in Stroke.