Topline data from the phase 3 ADAPT-SC study (NCT04735432) suggest that the subcutaneous formulation of the Argenx product was statistically noninferior to the recently approved IV formulation, efgartigimod afla-fcab (Vyvgart). 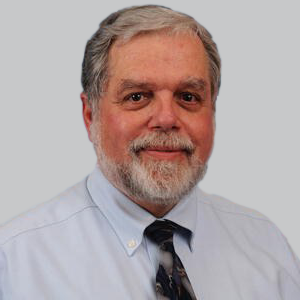 In a study population of 110 participants, the subcutaneous formulation of efgartigimod was associated with a mean total reduction in IgG of 66.4% at day 29 compared with 62.2% with the IV formulation (P <.0001 for noninferiority). These results were consistent across the overall study cohort and were no different between patients with or without acetylcholine receptor (AChR) antibodies.

Based on the data, Argenx noted it plans to submit a biologics license application (BLA) to the FDA by the end of 2022. Additionally, the company expressed plans to present the detailed data from ADAPT-SC at a future medical meeting.

“Every person living with gMG experiences the disease in their own way, including how they manage symptoms,” clinical trial investigator James F. Howard, MD, Distinguished Professor of Neuromuscular Disease, University of North Carolina School of Medicine, said in a statement.1 “For many years, patients lacked sufficient treatment options, let alone those that were tailored to their unique needs. These data, along with the recent approval of the intravenous formulation, Vyvgart, represent exciting advancements in the management of this debilitating, unpredictable disease by offering patients and physicians the option to select treatment based on individual needs and preferences.”

Of the 110 enrolled patients, all had a confirmed gMG diagnosis and a Myasthenia Gravis Activities of Daily Living (MG-ADL) total score of at least 5 with greater than 50% of the total score attributed to nonocular symptoms, at both screening and baseline. Patients were on a stable dose of at least 1 gMG treatment prior to randomization into ADAPT-SC—including acetylcholinesterase inhibitors, corticosteroids, or nonsteroidal immunosuppressive drugs—and were required to remain on that dose throughout the trial. Participants were randomized 1:1 to either subcutaneous or IV efgartigimod for 1 treatment cycle consisting of 4 doses at weekly intervals. The total study lasted approximately 12 weeks, including 7 weeks of follow-up post treatment.

Supplementary key secondary end points were also met, according to the Argenx announcement, and were consistent the efficacy results observed the phase 3 ADAPT study (NCT03669588) of the IV formulation. On the MG-ADL scores, 69.1% of those treated with the subcutaneous form were deemed responders, having an at least 2-point improvement for 4 consecutive weeks.

Additionally, 65.5% of those treated with the new formulation were responders on the Quantitative Myasthenia Gravis (QMG) scoring, having displayed an at least 3-point improvement on the QMG score for a minimum of 4 consecutive weeks. As well, the observations of onset of effect and minimal symptom expression—defined as an MG-ADL score of 0 or 1—were also consistent with ADAPT findings.

Efgartigimod’s subcutaneous form also showed a consistent safety profile with the phase 3 findings from the IV form. Overall, it was generally well-tolerated, with the most frequent adverse event being injection site reactions (ISRs), all of which were considered mild to moderate and resolved over time.

“Our goal is to redefine and deliver targeted treatment options for people living with gMG globally. By listening to the gMG community, we heard the importance of creating optionality and flexibility for patients. The ADAPT-SC results mark another important step toward achieving this, and further support our vision of delivering a broad array of treatment options for gMG,” Tim Van Hauwermeiren, Chief Executive Officer, Argenx, said in a statement.1 “We’re excited about the potential to deliver two best-in-class options that provide flexibility around route of administration and dosing schedule, and look forward to collaborating with the FDA to bring another innovative treatment option to people living with gMG.”

Efgartigimod’s subcutaneous form is coformulated with recombinant human hyaluronidase PH20 (rHuPH20), Halozyme's ENHANZE drug delivery technology, which allows for subcutaneous delivery of biologics that are typically administered via infusion. The goal of this new formulation is to provide another administration option for patients based on individual preferences.

The IV formulation of ergartigimod was approved for gMG by the FDA in December 2021. The BLA for that formulation was supported by data from ADAPT, which included 167 patients randomized to an evaluation arm in the ADAPT trial, 84 who were randomized to the efgartigimod group and 83 to the placebo group. Of the full population, 77% (n = 129) were acetylcholine receptor-antibody positive (AChR-Ab+). The findings of that study suggest that efgartigimod was well-tolerated and efficacious in treating patients with gMG, with the drug meeting the primary end point by improving MG-ADL scores for patients with AChR-antibody positive gMG compared with those in the placebo group (67.7% vs. 29.7%; P <.0001). Additionally, 40.0% of efgartigimod-treated AChR-Ab+ patients achieved minimal or no symptoms compared with 11.1% treated with placebo.2

Howard told NeurologyLive® in December 2021 that "the approval of efgartigimod by the FDA is going to again transform our management of myasthenia gravis, without question. The ability of this drug to reduce levels of circulating antibody IgG will provide patients with a new option for therapy, a much safer option for therapy, and one that has been demonstrated in clinical trials to be of substantial durability in its duration of effect.”

"The adverse event profiles are very similar between placebo and treated arm, and the safety alone that it offers is something that will move clinicians to begin using this drug," Howard added, noting that the IV formulation also offers an advantage logistically in allowing patients to forego trips to a facility to have plasma exchange in favor of in-home infusions.

"It's all about patient choice. Patients want independence, and the ADAPT trial was designed to demonstrate independence, as well as efficacy, and efgartigimod scored high on both counts. I see this as a huge player,” Howard said.