The study is the first to provide data from all Latin American countries, further identifying geographic-resultant limitations of access to technology and therapy for NMOSD. 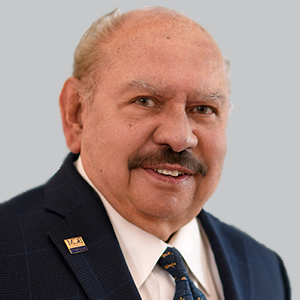 A recent study initiated by The Latin American Committee for Treatment and Research in MS, or LACTRIMS, evaluated the different ethnic distributions and phenotypic features of neuromyelitis optica spectrum disorder (NMOSD) within Latin America (LATAM). The survey was the first of its kind and the first to include all countries in LATAM, providing data from 2154 patients with NMOSD.

Acute relapses were reported in 81.6% of cases (n = 1758). Therapeutic approaches were evaluated according to survey responses, with respondents reporting that intravenous steroids were used to treat acute relapses in 93.9% of cases, plasma exchange in 62.1% of cases, and intravenous gamma globulin in 40.9% of cases. Investigators reported that 6.06% of cases were escalated in case of suboptimal initial response.

Treatments for long-term management of NMOSD included rituximab infusions (86.3%), oral azathioprine (81.8%), mycophenolate (50.0%), cyclophosphamide (21.0%), and methotrexate (7.9%). Utilization of rituximab and azathioprine, which were noted as the favored treatment routes, was dependent on accessibility or clinical judgement, and no differences were identified between the SA and NCC regions.

“Most Latin American countries remain in the phase of economic development resulting in limitation of access to adequate diagnostic technology and therapy for NMOSD,” Rivera et al wrote, addressing the question of accessibility. “The high cost of some drugs, not just the ones specifically licensed for treatment of the disease by international health agencies, but also the ones frequently utilized off-label, add to challenges of adequate and accessible management of the disease in the region.”

Investigators noted that the study was limited due to its cross-sectional design inhibiting its ability to collect longitudinal information, as well as the survey’s online format, which could induce recall bias. To address this potential bias, NMOSD experts were selected as respondents.

“Latin American neurologists should play a determining role in education on NMOSD in LATAM, and in advising and encouraging health officials and institutions on acquisition of updated diagnostic technology, and on the access to approved medications for treatment of the disease,” Rivera et al wrote. “Addressing NMOSD care in the Americas calls for a comprehensive professional and community effort.”