A cohort study showed that those with relapse activity who received DMTs accounted for a greater percent of time with a reduced Multiple Sclerosis Severity Score progression slope during SPMS. 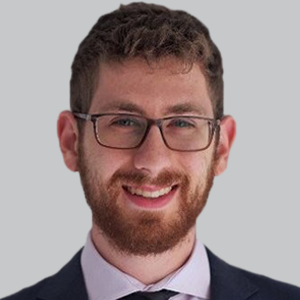 The findings of an observational cohort study of 1621 patients with secondary progressive multiple sclerosis (SPMS) from the international MSBase registry suggest that sustained immunotherapy was associated with improved disability outcomes in patients with disease activity.

“In this study, the rate of disability progression after the onset of SPMS was not associated with the early disease course and treatment decisions. Relapses during SPMS were associated with accelerated disability progression and represent an accessible treatment target,” the study authors, including Nathaniel Lizak, MBBS, staff doctor, Alfred Health, wrote. “The study’s results suggest that inflammatory disease activity remains a substantial yet modifiable component of SPMS.”

Patient demographic characteristics, early treatment exposure, and early relapses were all not observed to be associated with disability progression in patients with SPMS. There was a single exception—an association between older age at MS onset and lower MSSS progression slope in those with superimposed relapses (β&thinsp;=&thinsp;−0.003; 95% CI, −0.005 to −0.001; P&thinsp;=&thinsp;.003).

Additionally, Lizak et al. conducted a complementary analysis, observing MSSS trajectories while stratifying patients by the proportion of time patients received treatment in addition to therapy exposure. The MSSS at time of conversion was different between the groups and continued to diverge afterward. Those with high exposure to DMTs (>90%) was distinct from the trajectory of patients with lower receipt of disease-modifying therapies (50% to 90%; and <50%). This was particularly true for those who experienced superimposed relapses, in which a decreasing MSSS slope was observed, compared to the more stable trajectory for those who did not experience relapses.

The group noted that a number of prior studies have shown the difficulty in estimating future MS trajectories, which are influenced by possible rapid changes in disease activity and disability accumulation.

“Our finding of a lack of association between disease activity in the relapsing-remitting phase and disability accumulation during the secondary progressive phase is consistent with this interpretation,” Lizak et al. wrote. “Although this intraindividual variability in disease course makes any individual prognosis difficult, it also offers the possibility that MS with sufficient episodic inflammatory activity remains modifiable with immunotherapy at any stage of disease.”

“Although early active treatment during RRMS is associated with a delay in the onset of SPMS, the rate of disability accumulation once the secondary progressive phase has commenced is not substantially modified by early treatment decisions,” Lizak and colleagues concluded. “Notably, similar to PPMS, relapses during SPMS represent an accessible treatment target and a marker of likely response to immunotherapy. Thus, when inflammation exists in patients with progressive MS, treatment may be associated with a reduction in the rate of disability accumulation.”