Tapping Into the Potential of Cell and Gene Therapy

Advancements in gene therapy approaches have opened the door for a glimpse into the future of care for a number of diseases. 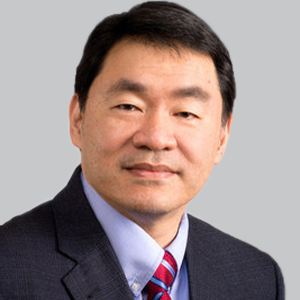 Excitement took wing in the scientific community in the early 1990s, when the first gene therapy trial showed significant success, only to crash at the end of the decade with a patient’s tragic death.

Twenty years later, the excitement is back and greater than before. Although safety remains a concern, investigators are breaking ground in cell and gene therapy, and many believe that ultimately, a string of cured cancers will follow.

“We can absolutely cut the number of cancer deaths down so that one day in our lifetimes it can be a rare thing for people to die of cancer,” said Patrick Hwu, MD, president and CEO of Moffitt Cancer Center in Florida and among gene therapy’s pioneers. “It still may happen here and there, but it’ll be kind of like people dying of pneumonia. It’s like, ‘He died of pneumonia? That’s kind of weird.’ I think cancer can be the same way.”

The excitement returned in spades in 2017 when the FDA signed off on a cell-therapy drug for the first time, approving the chimeric antigen receptor (CAR) T-cell treatment tisagenlecleucel (Kymriah; Novartis) for the treatment of B cell precursor acute lymphoblastic leukemia. At last, scientists had devised a way to reprogram a person’s own T cells to attack tumor cells.

“Essentially, you can kill any cancer cell that has an antigen that is recognized by the immune cell,” Hwu said. “The key to curing every single cancer, which is our goal, is to have receptors that can recognize the tumor but don’t recognize the normal cells.” Receptors recognizing and then attacking normal cells is what can cause toxicity.

In neurology, a number of neuromuscular diseases, most prominently spinal muscular atrophy (SMA) and Duchenne muscular dystrophy (DMD), have already begun to assess gene therapies (TABLE). In SMA, Novartis Gene Therapies's intrathecal (IT) onsemnogene abeparvovec (Zolgensma) is already approved for use. In October 2020, more data were announced from the phase 3 STR1VE-EU trial of the therapy, suggesting it offered significant benefit in patients with SMA type 1. Of the 32 patients in the study, 31 had survived event-free by the data cutoff point. Additionally, 21 (65.6%) achieved motor milestones not seen in the natural history of the disease, including 6 patients (18.8%) who sat independently for ≥10 seconds. 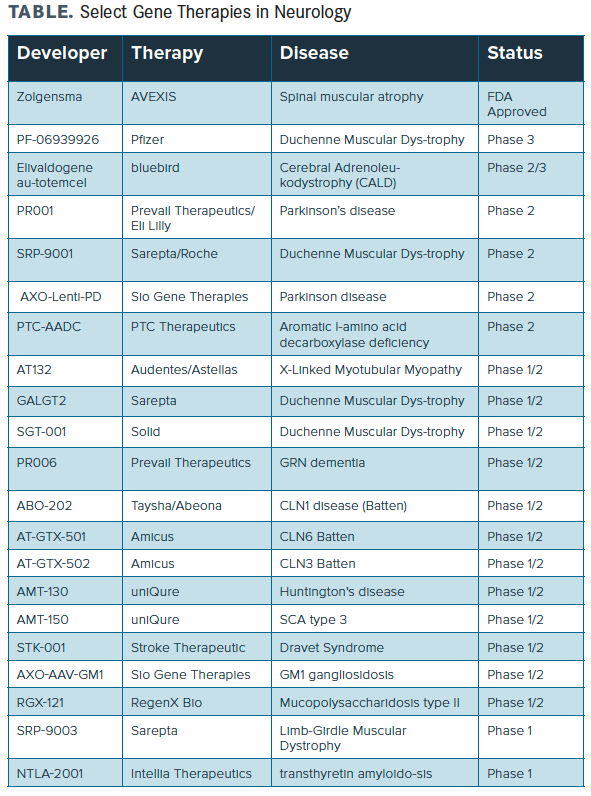 Also in SMA, Biogen recently dosed the first patient in a phase 4 trial of nusinersen (Spinraza) in patients who have unmet needs despite treatment with onsemnogene abeparvovec, with plans to evaluate 60 patients aged up to 3 years. The primary study group is expected to include 40 infants aged 9 months or younger (at the time of first nusinersen dose) who have 2 copies of SMN2 and received nusinersen at 6 months and older. A second study group will include 20 children within a broader age range (up to 3 years).

In DMD, microdystrophin gene transfer using recombinant adeno-associated virus serotype rh74 (rAAVrh74) driven by a skeletal and cardiac muscle-specific promoter with enhanced cardiac expression (MHCK7) is being evaluated as effective therapy. As well, Sarepta Therapeutics recently announced the first clinical data for SRP-5051, which demonstrated proof-of-concept in the phase 2 MOMENTUM study (NCT04004065) in DMD. The results supporting continued dose escalation, and the therapy was found to be generally well-tolerated across all doses administered. Likewise, a number of gene-based treatments are being assessed and showing promise in diseases such as SCN1A-positive epilepsy, Parkinson disease, and Alzheimer disease, among others.

Juliette Hordeaux, PhD, senior director of translational research for the University of Pennsylvania’s gene therapy program, is cautious about the FDA’s predictions, saying she’d be “thrilled” with 5 cell and/or gene therapy approvals annually.

“For monogenic diseases, there are only a certain number of mutations, and then we’ll plateau until we reach a stage where we can go after more common diseases,” Hordeaux said. 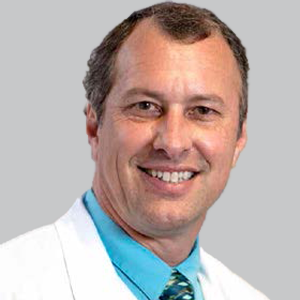 “Safety has been the main brake around adeno-associated virus vector (AAV) gene therapy,” added Hordeaux, whose hospital’s program has the institutional memory of both Jesse Gelsinger’s tragic death during a 1999 gene therapy trial as well as breakthroughs by Carl June, MD, and others in CAR T-cell therapy. “Sometimes there are unexpected toxicity [events] in trials.…I think figuring out ways to make gene therapy safer is going to be the next goal for the field before we can even envision many more drugs approved.”

Natural killer (NK) cells are the research focus of Dean Lee, MD, PhD, a physician in the Division of Hematology and Oncology at Nationwide Children’s Hospital. He developed a method for consistent, robust expansion of highly active clinical-grade NK cells that enables repeated delivery of large cell doses for improved efficacy. This finding led to several first-in-human clinical trials evaluating adoptive immunotherapy with expanded NK cells under an FDA investigational new drug application. He is developing both genetic and nongenetic methods to improve tumor targeting and tissue homing of NK cells. His efforts are geared toward pediatric sarcomas.

“The biggest emphasis over the past 20 to 25 years has been cell therapy for cancer, talking about trying to transfer a specific part of the immune system for cells,” said Lee, who is also director of the Cellular Therapy and Cancer Immunology Program at Nationwide Children’s Hospital, at The Ohio State University Comprehensive Cancer Center – Arthur G. James Cancer Hospital, and at the Richard J. Solove Research Institute.

The Pivot To COVID-19 and Other Diseases

However, Lee said, NKs have wider potential. “This is kind of a natural swing back. Now that we know we can grow them, we can reengineer them against infectious disease targets and use them in that [space],” he said. 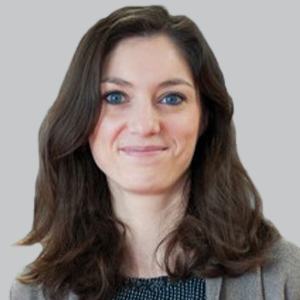 Lee is part of a coronavirus disease 2019 (COVID-19) clinical trial, partnering with Kiadis, for off-the-shelf K-NK cells using Kiadis’ proprietary platforms. Such treatment would be a postexposure preemptive therapy for treating COVID-19. Lee said the pivot toward treating COVID-19 with cell therapy was because “some of the very early reports on immune responses to coronavirus, both original [SARS-CoV-2] and the new [mutation], seem to implicate that those who did poorly [overall] had poorly functioning NK cells.”

The revolutionary gene-editing tool CRISPR is making its initial impact in clinical trials outside the cancer area. Its developers, Jennifer Doudna, PhD, and Emmanuelle Charpentier, PhD, won the Nobel Prize in Chemistry 2020. For patients with sickle cell disease (SCD), CRISPR was used to reengineer bone marrow cells to produce fetal hemoglobin, with the hope that the protein would turn deformed red blood cells into healthy ones. National Public Radio did a story on one patient who, so far, thanks to CRISPR, has been liberated from the attacks of SCD that typically have sent her to the hospital, as well from the need for blood transfusions.

Ten patients with SCD or transfusion-dependent beta-thalassemia treated with promising results, as reported by the New England Journal of Medicine. Two different groups, one based in Nashville, Tennessee, and another based at Dana-Farber Cancer Institute in Boston, Massachusetts, have reported on this technology.

Stephen Gottschalk, MD, chair of the department of bone marrow transplantation and cellular therapy at St Jude Children’s Research Hospital, said, “There’s a lot of activity to really explore these therapies with diseases that are much more common than cancer.”

“The neurons are easily transduced by AAV naturally,” she said. “AAV naturally goes into neurons very efficiently, and neurons are long-lived. Once we inject genetic matter, it’s good for life, because you don’t renew neurons.”

The process of working out all kinks in manufacturing also remains a challenge. Rapid production is difficult, too, because of the necessary customization of doses and the need to ensure a safe and effective transfer of cells from the patient to the manufacturing center and back into the patient.

Other factors that slow down launches include insurance coverage, site certification, staff training, reimbursement, and patient identification. The question of how to reimburse has not been definitively answered; at this point, insurers are being asked to issue 6- or even 7-figure payments for treatments and therapies that may not work.

“CAR T, I think, will become part of the standard of care,” Gottschalk said. “The question is how to best get that accomplished. To address the tribulations of some autologous products, a lot of groups are working with off-the-shelf products to get around some of the manufacturing bottlenecks. I believe those issues will be solved in the long run.”