Researchers hope that R-loop modulation may hold potential in the future treatment of ALS. 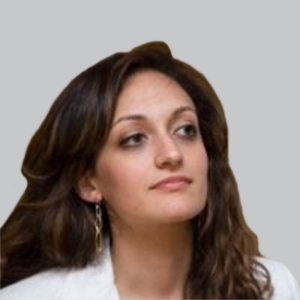 A recent study demonstrated the role of R-loop modulation in TDP-43-depleted cells in preventing deleterious R loop-accumulation and associated genome instability in neuronal and non-neuronal cells in patients with amyotrophic lateral sclerosis (ALS).

A slight but significant increase of R loops was observed in TDP-43 depleted HeLa cells (siTDP-43 HeLa cells) in which TDP-43 protein levels were reduced by 75% in comparison to the control cells. Efficient RNaseH1 overexpression from the pEGFP-M27 plasmid significantly reduced the anti-DNA-RNA hybrid S9.6 antibody (S9.6) signal, confirming that the detected signal corresponded to R-loops.

Daisy Sproviero, PhD, Andalusian Center of Molecular Biology and Regenerative Medicine, Universidad de Sevilla-CSIC-Universidad Pablo de Olavide, Spain, and colleagues wrote that “It is becoming clear that impaired RNA regulation and processing is a central feature in ALS pathogenesis. Our study reinforces the need of understanding the specific role of ALS in RNA metabolism, and in particular in cells defective in the TDP-43 [RNA binding protein (RBP)], beyond its effect on the formation of RNA inclusion bodies in the cytoplasm.”

Other factors, such as THOC1, UAP56, SETX, AQR, DDX23, and mRNP processing factors, also help protect cells from R loops in HeLa cells, and a comparative analysis of the S9.6 signal intensity obtained for depletion of these factors show that the signal increase was similar after TDP-43 depletion.

With DNA-RNA immunoprecipitation, there was a significant increase of DNA-RNA hybrids on all genes tested in the HeLa cells that detect R loops. RNaseH treatment induced a dramatic signal decrease confirming that signals were R-loop specific. γH2AX was used to detect DNA damage response (DDR) and foci were significantly increased in siTDP-43 compared to siC HeLa cells. γH2AX foci significantly decreased after RNaseH1 overexpression, again indicating that the damage caused by TDP-43 depletion is R-loop mediated.

Sproviero and colleagues tested the role of the Fanconi Anemia (FA) pathway and found FANCD2 foci were significantly increased in siTDP-43 HeLa cells compared to the siC control and was again reduced by RNaseH1 overexpression. TDP-43 colocalizes with expressed genes defined by RNA-sequencing. TDP-43 occupancy is significantly higher in expressed genes compared to genes with low or non-detectable expression and they found that most genes likely to accumulate R loops are enriched in TDP-43.

With immunofluorescence (IF) in SH-SY5Y cells, Sproviero and colleagues determined TDP-43 cellular localization and ruled out the possibility that a potential different phenotype could be attributed to different TDP-43 levels rather than the dysfunction caused by the mutation itself

The researchers confirmed by flow cytometry and IF that overexpression of both TDP+ and TDP382 occurred at similar levels and that the A382T mutation is linked to TDP-43 cytoplasmic mislocalization with formation of inclusions or aggregates.

A significant increase of nucleolar S9.6 intensity was detected both in SH-TDP+, SH-TDP382 and SH-TDP294 cells compared to SH-SY5Y when testing whether mislocalization of TDP-43 could impact onto genomic integrity and R-loop accumulation. RNaseH1 overexpression caused nuclear S9.6 signal decrease in both SH-TDP382 and SH-TDP294 cells, but not in SH-TDP+ cells. Based on these data, Sproviero and colleagues concluded that ALS TDP-43 mutations also cause R-loop accumulation. These results were confirmed in neuroblastoma and lymphoblastoid cell lines (LCL).

Sproviero and colleagues investigated TDP-43's role on DNA-RNA hybrid-enriched chromatin by performing a co-immunoprecipitation (coIP) in chromatin (Chr) fractions and found the mutant full length TDP-43 was not able to interact with R loop-enriched chromatin due to its sequestration at the cytosolic compartment in the cell. Specific C-terminal mutations may predispose TDP-43 to fragment into C-terminal fragments (CTFs) which accumulate into complexes with RNA transcripts.

“Even though this is a common read-out of ALS, our study showing an increase in genomic R-loops and DNA damage and FA foci, expected for obstacles blocking replication, suggests that an important cause of the disease may be linked to impairment of nuclear RNA biogenesis and impact on [DNA damage response]. The application of RNA-based therapies to modulation of gene and subsequent protein expression is an attractive therapeutic strategy, that could be considered in the future for the treatment of ALS and other neurodegenerative diseases,” Sproviero and colleagues concluded.