The asymmetry of mediotemporal atrophy and a lesser impact of APOE4 and TDP-43 on the integrity of memory circuitry may have constituted preservation in primary progressive aphasia. 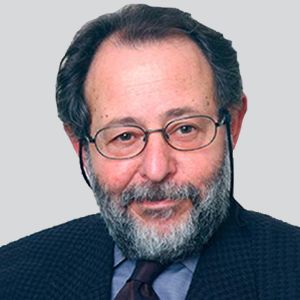 Longitudinal analysis from a group of researchers at Northwestern University Feinberg School of Medicine demonstrated that memory preservation in patients with primary progressive aphasia (PPA) is not just an incidental finding at onset, but a core long-term feature despite hippocampo-entohinal Alzheimer disease (AD) neuropathology that is as severe as that of amnestic dementia with AD (DAT-AD).

Among a cohort of 17 PPA patients with autopsy or biomarker evidence of AD (PPA-AD), episodic memory, tested with nonverbal items, was preserved at initial testing and showed no decline at retesting 2.35 (±0.78) years later. At that point, symptoms had been present for 6.26 (±2.21) years.

Although memory preservation was observed in the PPA-AD group, language functions declined significantly over the same period. The presence of language impairment in patients with PPA-AD were confirmed by the difference in mean scores from Aphasia Quotient and the Boston Naming Test (BNT) at initial language assessment. In comparison, the cognitively normal group had scores of 99.7 (±0.7) and 58.32 (±1.8) for AQ and BNT, respectively, whereas those with PPA-AD had mean scores of 87.76 (±7.34) and 46.59 (±9.91), respectively.

In addition to the major findings of the study, the authors noted, “our results also suggest that current controversies on memory in PPA-AD reflect inconsistencies in the diagnosis of logopenic PPA, the clinical variant most frequently associated with AD.”

The DAT-AD group, which comprised of 14 patients, saw both verbal memory and language decline with equal severity (P = .25). At initial testing, the Rey Auditory Verbal Learning Test (RAVLT) delayed memory score was 2.14 (±3.68) out of 15, confirming the severe memory loss despite the relatively mild dementia.

RAVLT, a test designed to measure episodic memory with verbal items, uses 2, 15-word lists and asks participants to recall the first list after a delay of approximately 20 minutes and is followed by a yes-no recognition trial containing 15 foils. In total, 7 of the 14 patients with DAT-AD could not remember any of the 15 words after the delay.

As for language, the initial BNT score was 45.14 (±14.53) out of 60, confirming the multi-modal nature of the dementia in DAT. Researchers observed statistically significant mean yearly declines of 2.15% for memory and 4.053% for language in the DAT-AD group.

B3 scores for Braak neurofibrillary tangle (NFT) stages V to VI indicated severe NFT pathology in neocortex as well as in all memory related parts of the medial temporal lobe including the hippocampo-entorhinal area in patients with PPA-AD.

"It is likely that numerous constitutional and experimental factors compete in tilting the balance toward degeneration versus neuroplasticity during the lengthy cascade of neurodegeneration associated with AD,” the study authors noted.

In addition to lower incidence of APOE4, researchers found only 1 case (12.5%) of pathologic TDP-43 aggregates, confined to the mediotemporal lobe, in the PPA-AD group, compared to 5 cases (36%) of TDP-43 aggregates in the DAT-AD group.

Mesulam et al continued, “Some of these factors may lead to asymmetric vulnerability to degeneration, others may underlie reserves that buffer the effects of AD neuropathology, others such as APOE4 may decrease the neuroplasticity potential of limbic networks, and still others such as TDP-43 may exacerbate the pathologic effects of the NFT on memory function.”