Investigators found reductions in tic frequency and increases in the number of tic-free intervals when children were merely asked verbally to suppress their tics, and when an immediate and contingent reward was delivered for successful tic suppression, tic suppression was enhanced. 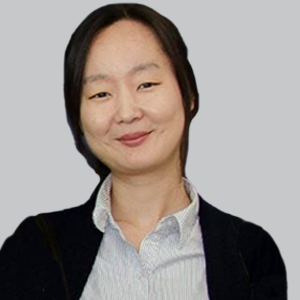 Recent results from the NewTics study suggest that better ability to suppress tics within months of tic onset may be a predictor of future symptom outcomes in patients with tic disorders.1

Ultimately, 45 children who were a mean age of 7.74 years with a mean of 3.47 months since their tic onset showed a better tic severity at their 12-month follow-up visit when they were able to suppress tics in the presence of a reward. Tic suppression was also found to be particularly successful when patients received a contingent reward.

“The most important finding in the present study is that rewarded tic suppression measured within months of tic onset predicts future tic severity,” Soyoung Kim, PhD, and colleagues wrote. “Specifically, in children with recent-onset tics, we found that those children with better tic suppression in the presence of a reward had lower tic burden at the 1-year anniversary of tic onset, the time when a persistent tic disorder can first be diagnosed. Thus, we have identified a potential predictor of clinical outcome in provisional tic disorder.”

Kim, postdoctoral research associate, department of psychiatry, Washington University School of Medicine, et al. noted that successful voluntary tick suppression is key to behavioral interventions in tic disorder treatment, and previous study has suggested that even those children with provisional tic disorder who had tics for <6 months can successfully suppress tics, especially in the presence of a contingent reward.

“With this larger sample, we also detected a significant association between age and rewarded tic suppression,” the investigators wrote. Previous work from Conelea et al. suggested that age effects could be in part due to longer illness duration, which could imply more opportunities to practice tic suppression. Notably, for these results, this does not appear to hold, as all but 1 patient in the NewTics study had tics for <6 months.

As well, the results showed a significant relationship between the Premonitory Urge for Tics Scale score and tic suppression frequency in the presence of reward. Those with high scores showed relative success in tic suppression, while lower scores resulted in varying degrees of suppression. As such, Kim and colleagues concluded that these results “are consistent with the idea that experiencing the premonitory urge may help tic suppression.”