The vice president of AstraZeneca’s Cardiovascular and Metabolic Diseases portfolio discussed the findings of the THALES trial, and how ticagrelor stands alone among stroke treatments. 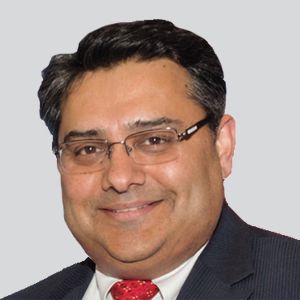 AstraZeneca recdntly announced that the FDA had accepted a supplemental new drug application (sNDA) and granted priority review designation to ticagrelor (Brilinta), and the company released data on its pivotal phase 3 THALES trial. The sNDA for ticagrelor was for the reduction of subsequent stroke in patients who experienced an acute ischemic stroke (AIS) or transient ischemic attack (TIA) and was based off results from THALES.

Study results showed that treatment with ticagrelor lowered the risk of the composite of stroke or death among patients with mild-to-moderate acute noncardioembolic AIS or TIA who were not undergoing intravenous or endovascular thrombosis. Ticagrelor’s place among the stroke treatment landscape is well documented, gaining FDA approval as a blood-thinning agent in 2011 and again in September 2015 as an oral 60-mg tablet for an expanded indication for the reduction of cardiovascular risk in patients with a history of cardiovascular disease.

To learn more about the THALES trial, NeurologyLive sat down with Naeem Khan, MD, vice president, Cardiovascular and Metabolic Diseases, AstraZeneca. In part 1 of this interview, he discusses the stroke treatment landscape and the importance of identifying therapies that can help reduce complications and prevent recurrent strokes.

NeurologyLive: What do the findings of the THALES trial add to the body of evidence we have for use of ticagrelor in stroke?

Naeem Khan, MD: The THALES trial demonstrated that Brilinta with aspirin significantly reduced the risk of stroke or death at 30 days compared to aspirin alone in patients with AIS, as well as those with high risk TIA. The results from the trial itself add to the extensive and robust body of evidence and benefits we’ve seen with Brilinta in patients in from the past who’ve had a high risk of thromboembolic or atherothrombotic events. Additionally, the findings demonstrated the efficacy of Brilinta for secondary prevention of stroke or death in patients who have experienced AIS or TIA and builds on Brilinta’s established heritage in the treatment of patients with high risk ischemic events that have been indicated in previous trials such as PLATO and PEGASUS-TIMI.

What makes ticagrelor stand out in comparison to other agents that may help reduce recurrent stroke?

I think what we know is that in spite of the available treatments, there remains a substantial unmet clinical need in addressing prevention of these catastrophic secondary events. We know the numbers for it too. That’s why the results of the THALES trial add to the scientific evidence based off the efficacy and safety of dual antiplatelet therapy and further support implementation of dual antiplatelet therapy in regimen for secondary prevention of stroke or TIA in this patient population. Given the high prevalence of recurrent strokes, these studies provide physicians with a better understanding of the burden of illness and possible options to manage patient risks.

Can you discuss the evolution of the stroke treatment landscape and the importance of identifying therapy that can help reduce complications and prevent recurrent events?

As everyone knows stroke is the second leading cause of death and the leading cause of disability. If you go by the numbers, 80 million preventable prevalent cases of stroke, 13.7 million new strokes occur annually and 84% of those prevalent strokes are basically ischemic. Each year there are 5.5 million deaths due to stroke. These numbers are absolutely devastating. The other thing we have to keep in mind is disability adjusted life years due to stroke. What happens because of disability? This affects an estimated 116.4 million. What we also know is that approximately 1 in every 4 people will have a stroke in their lifetime. If you look at the US in particular, it’s estimated that 7 million Americans 20 years or older will have had a stroke and 5 million have had a TIA. Additionally, annual incidence in America is about 795,000 people. It’s so prevalent that it counts for 1 in every 19 deaths in the US. The way I look at it in context is patients who experience an AIS or TIA, are either at high risk of subsequent stroke events particularly within the first 30 days after the initial event. What we know is once you get a stroke, subsequent stroke events represent approximately 1 in 4 of all stroke events. These are frequently more severe and disabling than the index event itself. Of course, there remains a substantially unmet clinical need to address prevention of this devastating event. We know that because the numbers are speaking for themselves and they aren’t decreasing over time.

The other thing is that people are also living longer so there’s the impact of age that accumulates over time. We know that the THALES trial explored the efficacy and safety of Brilinta and aspirin compared with aspirin alone in a patient population of 11,000 who had mild to moderate, non-cardioembolic TIA, 24 hours prior to treatment initiation. We know that’s the window to assess what’s going to happen and see the benefit. Once we go past that bar, it gets worse and worse for these patients. What we saw was Brilinta plus aspirin demonstrated a hazard ratio of 0.83, which was a 17% relative risk reduction in stroke, or death over 30 days compared to aspirin alone. It was an absolute risk reduction of 1.1% with a P value of 0.02. It was a significant P value and the safety findings in the study were consistent with the normal profile of Brilinta. We’ve been in conversations with the regulatory authorities to provide them the data and we’ll see how quickly we can get a label for this.