The increased risk of dementia in patients showing early orthostatic hypotension was independent of the presence of concomitant supine hypertension and other factors associated with cognitive impairment. 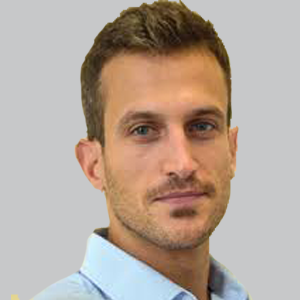 Findings from a retrospective study published in Neurology showed an association between early development of orthostatic hypotension (OH)—but not severity of OH symptoms—and future dementia in Parkinson disease (PD) and cognitive impairment in multiple system atrophy (MSA). OH was not found to be associated with more extensive Lewy, amyloid-ß, tau, Alzheimer disease or cerebrovascular pathologies.

The retrospective study included consecutive pathology-confirmed patients with brain donation to the Queen Square Brain Bank in London, United Kingdom, between 2009 and 2019 for patients with PD, and between 2002 and 2018 for patients with MSA. OH was defined by a documented decrease of more than 20 mmHg in systolic or more than 10 mmHg in diastolic blood pressure on standing or presence of orthostatic symptoms suggesting OH persistence over at least 6 months and after therapeutic measures to address non-neurogenic OH had been implemented based on the clinical impression of the treating physician.

Data from a cohort of nearly 100 patients with Parkinson disease suggest there are shared nondopaminergic pathogenic mechanisms between depression and postural instability symptoms of the disease.

A distinctive clinical phenotype was found in patients with PD and early OH, with older age at diagnosis, postural-instability and gait-difficulty motor subtype, poorer response to levodopa and poorer cognitive performance at diagnosis. Once again, no association was found with severity of motor symptoms. In the MSA group, the development of OH was associated with older age. Although not statistically significant, investigators did observe a trend towards a posterior cortical pattern of cognitive impairment in PD cases with early OH.

Additional findings on univariate analysis showed that the severity of tau pathology and AD pathologies increased dementia risk in patients with PD; however, only the latter remained statistically significant in the multivariate analysis. The multivariate model also showed independently associated variables such as older age, poor cognitive performance at diagnosis, and poor response to levodopa, in addition to early OH, that were associated with dementia in PD.

"Our findings have important clinical implications and raise questions about the current management of OH in patients with PD and MSA,” Pablo-Fernandez et al wrote. "Current treatment recommendations are guided by symptom severity and aimed at reducing the symptomatic burden and improving functional capacity. Due to the chronicity of OH in patients with PD and MSA, cerebral blood flow regulatory mechanisms in these patients develop adaptive changes. Therefore, OH symptoms may not be an accurate indicator of cerebral hypoperfusion and some authors propose the incorporation of vasodynamic parameters (standing mean blood pressure) in therapeutic decision making."1