Spencer Hutto, MD, a fellow of autoimmune neurology at Massachusetts General Hospital, discussed his team’s investigation into demyelinating events after the use of TNFαi inhibitors. 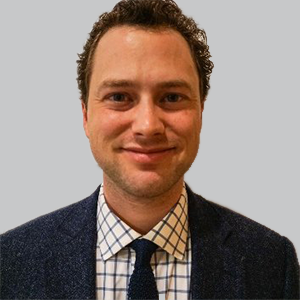 NeurologyLive spoke with Hutto to learn more about the associations between TNFαi inhibitors and CNS demyelination. He also stressed the importance of continuing long-term follow up of patients after treatment discontinuation.

NeurologyLive: Could you give some background on TNFαi inhibitors and CNS demyelination?

Spencer Hutto, MD: TNFαi inhibitors are very commonly used agents. In fact, they're some of the most commonly used biologics in medicine these days. That's an important thing to understand. So, we've known about this association since 1999, when there was a study that showed patients with MS that were treated with TNFαi inhibitors had increased numbers of relapses, and since that time, the use of TNF inhibitors has exploded in rheumatology for treatment of things like rheumatoid arthritis, psoriatic arthritis, and ankylosing spondylitis. Since then, there have been tons of reports of demyelinating events in association with TNFαi inhibitors. I think the main problem though is figuring out are these drugs provoking or initiating CNS demyelination or a CNS demyelinating disease? Or are they just unmasking en masse in people who would have otherwise developed it later on?

Could you give a brief overview of your study?

We studied 21 patients across the Mass General Brigham system here in Boston, who clearly had a demyelinating event in association with using one of these TNFαi inhibitors. Presently, there are five in use and our patients suffered events in association with adalimumab, etanercept, and infliximab. We took a very careful look at how they did clinically over the course of a long period of follow up, in terms of, actual attacks and clinical relapses, but also their MRIs and ancillary testing. So, we looked at their blood work and also their CSF, and also the prevalence of MS risk factors in that population. Those factors include tobacco use, vitamin D deficiency, obesity and personal family history of MS. What we found in these patients is that the median duration of a demyelinating event occurred at 11 months of using the TNF alpha inhibitor and in general, patients presented very similar to what they might with MS. Visible visual dysfunction was actually the most common and weakness and sensory loss were also common. CSF was abnormal in most patients. Most patients had the TNF alpha inhibitors discontinued at onset because of any possible associations.

One important thing to note, because there's such confusion about whether or not it's the TNF inhibitors versus an actual unmasking of disease, is that despite stopping the drug, about half of our patients went on to develop new MRI lesions later, and about 40% suffer clinical relapses later on. Recurrent events continued at a high rate in those patients who continued the drug or were re-challenged with the drug later, but even in those patients who had, you know, no prior events concerning for an MS attack, who stopped the TNF alpha inhibitor immediately, and were not started on an MS disease modifying therapy, and I think that's the most clinically applicable subgroup in patients they also went on to have a relatively high rate of relapses as well.

Most patients suffered this new activity within the first 2 to 3 years. So, we think our study informs how long patients should be followed for after as opposed to just stopping the treatment and assuming that the issue is kind of laid to rest. It's important to follow these patients for a prolonged period of time. In conclusion, we saw that the CNS demyelinating events occurring in association with TNF alpha inhibitors are kind of indistinguishable from what we see with MS normally. MS is not necessarily monophasic and can relapse, so it’s very important to follow patients closely in the future. Finally, I would like to say that I think that CNS demyelinating events in association with these drugs are very rare, and I want people to understand that they shouldn't be afraid to use them if their healthcare team feels they're necessary.