The study data suggest that intervention strategies to improve antimicrobial and burdensome intervention for suspected LRIs and UTIs are ineffective. 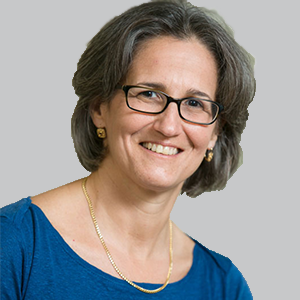 The prescription of antimicrobials for nursing home residents with advanced dementia did not show a significant reduction in the instance of urinary tract infections (UTIs) and lower respiratory infections (LRIs) following a multicomponent intervention program for goal-directed care. According to a new study, the use of antimicrobials did not decrease despite high adherence to training by practitioners.

A total of 426 nursing home residents with advanced dementia were included in the Trial to Reduce Antimicrobial Use in Nursing Home Residents With Alzheimer Disease and other Dementias (TRAIN-AD). Results showed a 33%, but statistically nonsignificant, reduction per person-year in antimicrobial courses for suspected LRIs and UTIs when comparing those who received the TRAIN-AD intervention versus routine care (adjusted marginal rate difference, −0.27 [95% CI, −0.71 to 0.17]). While nursing home practitioners were educated on a patient-centered and clinically sound approach to managing infections, the effectiveness of the TRAIN-AD intervention on antimicrobial use remains inconclusive, necessitating larger randomized controlled trial (RCT) testing with an adapted intervention plan.

READ MORE: Is Telemedicine Here to Stay for Alzheimer and Dementia Care?

Antimicrobial use for suspected UTIs or LRIs per person-year was the primary outcome, which was measured for as many as 12 months. Secondary outcomes included antimicrobial course with the absence of minimal criteria for treatment of suspected UTIs and LRIs, as well as burdensome procedures to manage episodes such as bladder catherization, chest radiography, venous blood sampling, or hospital transfer per person year.

The 33% reduction in antimicrobial treatment was seen primarily with use to treat LRIs, and chest radiography use was significantly lower in the intervention arm (adjusted marginal rate difference, −0.56 [95% CI, −1.10 to −0.03]). Bladder catheterization, blood sampling, hospital transfer and the use of antimicrobials in the absence of minimal criteria did not differ significantly between intervention and control arms.

“A one-third reduction in antimicrobials use would likely be considered meaningful by most clinicians caring for residents with advanced dementia. However, it is notable that the reduction was primarily for suspected LRIs. Suspected LRIs are common terminal events among residents with advanced dementia for whom comfort is the most common goal of care,” the authors wrote. “More aggressive treatment of LRIs has been associated with greater discomfort and little clinical benefit in this population. Thus, a program integrating infectious disease and palliative principles that promotes less aggressive care for suspected LRIs has potential clinical relevance.”

Limitations of the study included the location of the nursing homes, which was confined to the Boston area, which may make it difficult to generalize finding. Additionally, while 88% of the targeted nursing home practitioners completed training either in-person or online, investigators added that low fidelity is a common reason for inconclusive cluster RCTs in nursing homes.

“Regrettably, unlike several ongoing trials, rigorous evaluation of implementation fidelity was not incorporated into the TRAIN-AD design,” the authors noted, adding that they were unable to monitor practitioners’ receptiveness to modifying their practices, as well as their use of the guidance materials and the degree to which they enacted training principles over time.

As antimicrobial usage in nursing home residents with advanced dementia is so prevalent, often without clear evidence of infection or clear goals of care, more research is necessitated. According to investigators, additional analyses will be used to determine whether the amount and length of training practitioners receive affects the effectiveness of interventions.