The company also plans on submitting an application to a PDAC contractor for the mmRNA appliance to be added to the Center for Medicare and Medicaid Services’ list of approved sleep apnea appliances. 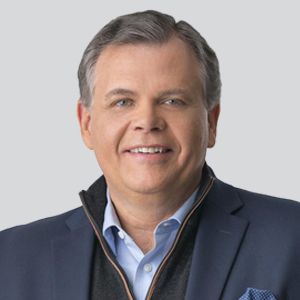 Vivos Therapeutics announced that it has submitted a 510(k) application to the FDA for its modified mandibular Repositioning Nighttime Appliance (mmRNA), with indications to treat mild-to-moderate obstructive sleep apnea (OSA).1

The mmRNA oral appliance is a new version of the company’s existing mRNA appliance, which received FDA approval in 2014 as a Class II oral appliance. Vivos also expects to submit an application to a Pricing, Data Analysis and Coding (PDAC) contractor for the mmRNA to be added to the Centers for Medicare and Medicaid Services’ list of approved sleep apnea appliances.

"Following mechanical testing on the mmRNA, this 510(k) submission marks a significant step toward Vivos continuing to offer a state-of-the-art treatment alternative for people suffering from mild-to-moderate OSA,” Kirk Huntsman, chairman and chief executive officer, Vivos, said in a statement.1 “Furthermore, FDA clearance for the mmRNA will enable us to expand insurance reimbursement to include Medicare. Sleep apnea remains a serious, chronic disease that adversely impacts millions of people, and Vivos is steadfast in its mission to reach as many patients as possible around the country with our next-generation products.”

Vivos’ mRNA appliance functions as a mandibular repositioner to increase the patient’s pharyngeal space to improve the ability to exchange air. It consists of 2 customized trays that fit over the upper and lower teeth, with an adjustment mechanism that allows the device to be customized for each patient.2 These trays prevent the collapsing of tissues in the back of the throat and preserves airways.

Existing literature have shown that customized oral devices that function by increasing the patency of the airway show comparable efficacy to continuous positive-airway pressure (commonly known as CPAP) devices, considered the gold standard of treatment for OSA.

The mandibular position may be adjusted antero-posteriorly, transversely, as well as permitting adjustments of the vertical dimension of occlusion. It was indicated to reduce nighttime snoring and mild to moderate OSA in adult patients, over 18 years of age. Fitting for the mRNA appliance must be done in a dental office prior to patient use at home.

Vivos believes that its Vivos System technology represents the first clinically effective non-surgical, non-invasive, non-pharmaceutical and cost-effective solution for people with mild-to-moderate OSA. The multidisciplinary therapeutic protocol combines the use of oral appliance specifications developed by Vivos and prescribed by specially trained independent dentists in cooperation with their medical colleagues.

Advanced medical imaging, the second part of the system, uses the latest cone beam computed tomography (CBCT) and a three-dimensional oral scanner. This allows a Vivos doctor to acquire precise measurements of the hard and soft tissues that make up a patient’s airway. All of this data is collected and submitted for analysis using the Vivos airway diagnostic algorithm.

Using that algorithm, the Vivos doctor may come up with a specific treatment plan. The Airway Intelligence report provides a step-by-step path to correct craniofacial developmental deficiencies which may relieve the symptoms of OSA.