The investigators observed a dose-dependent reduction of mutant huntingtin concentration in the cerebrospinal fluid of patients who received HTTRX, supporting the launch of a confirmatory phase 3 trial.
By: Alicia Bigica
Published: May 08, 2019 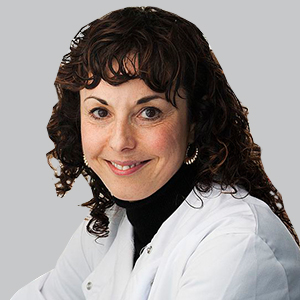 The results, which were presented at the 2019 American Academy of Neurology Annual Meeting in Philadelphia, and simultaneously published in the New England Journal of Medicine, are very encouraging for the disease, which currently has no indicated treatments.

The novel therapy developed by Ionis Pharmaceuticals specifically targets the messenger RNA that encodes the mutant huntingtin protein, in turn reducing the concentration of mutant huntingtin.

The study was a randomized, double-blind, multiple-ascending-dose trial in 46 patients (25-65 years old) with early Huntington disease. The participants were randomly assigned to receive either HTTRX or placebo as an intrathecal bolus every 4 weeks for 4 doses.

Notably, the investigators observed a dose-dependent reduction of mutant huntingtin concentration in CSF in patients who received HTTRX, including a -20%, −25%, −28%, −42%, and −38% reduction in patients who received doses of 10 mg, 30 mg, 60 mg, 90 mg, and 120 mg, respectively, compared with a 10% increase from baseline observed in the placebo group. The investigators noted that steady-state maximum reduction did not appear to have been reached during the 3-month trial.

“Although the positive effects of sustained lowering of the concentration of mutant HTT on motor function and survival in mouse models of Huntington’s disease provided a rationale for the development of an HTT-targeting antisense oligonucleotide, larger studies of greater duration will be needed to determine whether HTTRx-mediated reduction of the concentration of mutant HTT in CSF is associated with a treatment effect on the disease course, which is typically slow, with changes on standard outcomes generally occurring over a period of years,” the authors wrote.

In a related editorial2, Kenneth H. Fischbeck, MD and Nancy S. Wexler, PhD reflected on the significance of the findings.

“Remarkably, the reduction in the levels of mutant huntingtin was in a range that is expected to have therapeutic benefit on the basis of studies in animals. This is a pathbreaking trial that strongly supports further development of HTTRx as a treatment for Huntington’s disease,” they wrote.

Based on these promising findings, investigators have launched a confirmatory phase 3 trial (NCT03761849) which will follow 660 patients for up to 2 years.

“Now, 26 years after the discovery of the etiologic gene, a path to modifying Huntington’s disease seems clear, with implications for other neurodegenerative diseases that have a known genetic cause,” Fischbeck and Wexler concluded.