15-Month-Old Baby With Delayed Communication and Social Milestones: Can Autism Be Reliably Diagnosed?

Current recommendations suggest screening for autism starting at 18 months, but parents are increasingly anxious about their children and a possible diagnosis. 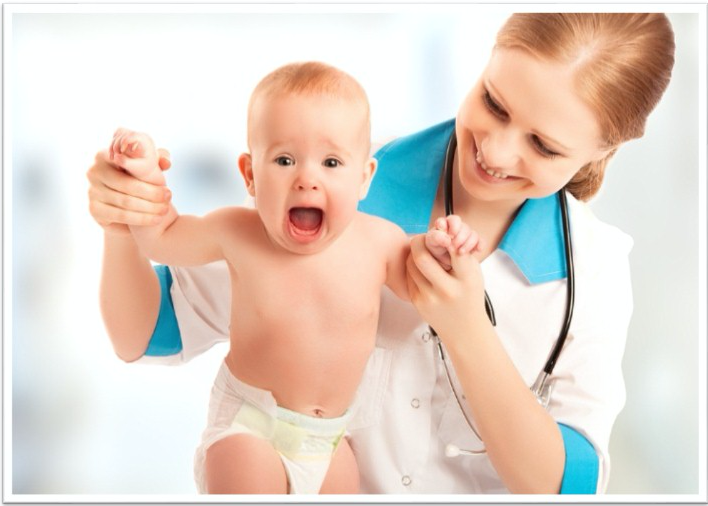 Current recommendations suggest screening for autism starting at 18 months, but parents are increasingly anxious about their children and a possible diagnosis. According to a recent study, it now may be possible to detect and diagnose autism accurately in children as young as 14 months old.1

The parents of 15-month-old “Joey” are concerned that he is not meeting his social and communication milestones. When his mother smiles or laughs, he rarely smiles in return. When his mom talks to him, Joey rarely babbles in response and he does not respond to his own name. When he plays, he shows an intense interest only in his blocks and does not seem to be interested in playing with other children. He seems more interested in looking at his blocks than at people and displays little eye contact.

Joey’s parents also mention that he responds to quiet sounds such as rustling paper more than to their voices. Loud sounds seem to bother him, and he sometimes shows extremes of temperament, ranging from extremely fussy to disturbingly passive.

Joey has no significant past medical history. He was born vaginally at 40 weeks’ and 5 days’ gestation. Family history is notable for a 5-year-old brother with autism.

The examination is notable for a total score of 20 out of 57 on the Communication and Symbolic Behavior Scales Developmental Profile (CSBS DP) Infant-Toddler Checklist, with deficits across social, speech, and symbolic domains.2 Joey does not respond when the examiner points to a picture on the wall and asks him to look at it, which suggests deficits in joint attention.

The American Academy of Pediatrics (AAP) recommends screening for autism using a standardized tool at 18 and 24 months (even if no concern for the disorder exists) and other times in response to parental concern. Clinical suspicion is higher in younger siblings of children with autism spectrum disorder (ASD). The risk of ASD is about 10 times higher in younger siblings of an affected older sibling.3

In this case, Joey has three risk factors for ASD: parental concern, health care provider concern, and an older sibling with autism. Even though he is not yet 18 months old, parental education is initiated with the AAP booklet “Understanding Autism Spectrum Disorders.”4 Joey is scheduled for a targeted follow-up visit within one month; he also receives simultaneous referral to comprehensive ASD evaluation, early intervention/early childhood education services, and audiologic evaluation, according to AAP recommendations.3

Early autism is defined as symptoms diagnosed at or before 18 months of age. According to the AAP, very early signs of autism include extremes of temperament; poor eye contact; poor response to others’ voices (particularly the child’s own name); poor interactive play; more interest in looking at objects than people; delayed pointing when sharing or asking for something; decreased interactive babbling; and lack of warm, joyful, reciprocating expressions. The child may also respond more consistently to a quiet sound than to a human voice.3

The American Academy of Neurology and Child Neurology Society considers the following to be red flags for autism, which are absolute indications for immediate evaluation5:

• Lack of babbling, pointing, or other gesture by 12 months
• No single words by 16 months
• No 2-word spontaneous (not echolalic) phrases by 24 months
• Regression of language or social skills at any age

Standardized screening tools for ASD have not been validated in children under age 18 months. The AAP states that the CSBS DP Infant-Toddler Checklist may be well suited for children aged 6 to 24 months because it focuses on social and communication skills.2,3

However, early age diagnosis can be controversial. The US Preventive Services Task Force does not endorse early screening because the benefits versus harms remain unclear.

Many symptoms of ASD overlap with other developmental disorders, such as language delay and global developmental delay. Standardized diagnostic tools, including the gold standard Autism Diagnostic Observation Schedule (ADOS), may be less accurate at younger ages. Improperly labeling a child with autism may cause harms, such as parental anxiety and delay in treating the true diagnosis. Many early delays are transient, which raises questions about the stability of an early ASD diagnosis over time. Similarly, children with language delays should receive an audiologic evaluation, even if they had a normal newborn hearing test.3

Yet, early intervention may lead to be better outcomes. The AAP recommends immediate early intervention as soon as an infant or toddler is recognized as having delay or risk of delay/developmental disorder, even before a definitive diagnosis is made. The brain grows at an accelerated pace during the first years of life, and early intervention has the potential to significantly improve later functioning.3

A new study in JAMA Pediatrics suggests that ASD may be reliably detected starting as early as 14 months.1 The study included 1269 toddlers (72% male) referred from primary care or community outreach by a universal screening program for ASD and other developmental issues. Children were first evaluated at a median age of 17.6 months and received their final evaluation at a median age of 36 months.

Results showed an overall diagnostic stability for ASD of 0.84, which was higher than any other developmental disorder in the analysis. Stability of the ASD diagnosis was lowest among children aged 12 to 13 months (0.50), but stability increased to 0.79 by 14 months and 0.83 by 16 months.

What do the results mean?

Of course, this is only one study. More data are needed before jumping to the conclusion that the age for ASD diagnosis should be lowered. However, it provides impetus for the AAP’s recommendation of immediate, early referral for further evaluation and intervention once ASD is suspected. And, it gives hope and earlier support to patients like Joey and their parents.