The American Academy of Sleep Medicine has previously pointed to evidence showing that the sudden change from standard time to daylight saving time is associated with significant public health, safety risks, and circadian rhythm. 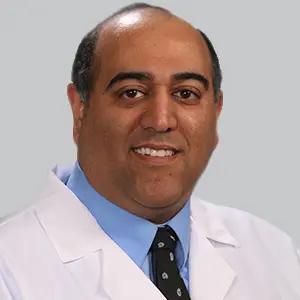 Earlier this week, the US Senate passed the Sunshine Protection Act, legislation that would make daylight saving time permanent starting in 2023. This decision was welcomed by organization including the American Academy of Sleep (AASM), which has supported ending the seasonal time changes for some time.

Although the AASM wrote that the quick action by the Senate did not allow for a robust discussion nor debate, it did advise the House of Representatives to take more time to assess the potential ramifications of establishing this permanent daylight saving time.

This is not the first time the organization publicly expressed its want to end daylight saving time. In 2020, it released another statement that highlighted the numerous negative effects caused by the transition. Using evidence accumulated through research, the academy noted that it incurs significant public and safety risks, including increased risk of cardiovascular events, mood disorders, and motor vehicle crashes.2

It also stated that “although chronic effects of remaining in daylight saving time year-round have not been well studied, daylight saving time is less aligned with human circadian biology—which, due to the impacts of the delayed natural light/dark cycle on human activity, could result in circadian misalignment, which has been associated in some studies with increased cardiovascular disease risk, metabolic syndrome and other health risks.”2 A variety of more than 20 different organizations, including the American College of Chest Physicians, American College of Occupational and Environmental Medicine, National PTA, National Safety Council, Society for Research on Biological Rhythms, and World Sleep Society, endorsed their statement to abolish the seasonal time changes.1

Recently, in episode 59 of the NeurologyLive® Mind Moments™ podcast, Seema Khosla, MD, FCCP, FAASM, medical director, North Dakota Center for Sleep shared her insight into the AASM's initiative to switch to fixed standard time. She spoke about the efforts it has taken to facilitate such a change and detailed the negative impacts of the time shift on sleep quality.

According to Reuters, the White House has not said whether President Joe Biden supports the legislation, and a spokesman for House Speaker Nancy Pelosi declined to say if she supports the measure, although they did note they were reviewing it closely.3

The AASM also applauded the efforts of Florida Senator Marco Rubio, sponsor of the Sunshine Protection Act, who recently spoke on the Senate floor following the passage.1 He stated, “others will be coming to the floor here, in a moment, and you'll see it's an eclectic collection of members of the United States Senate in favor of what we’ve just done here in the Senate. And that's to pass a bill to make Daylight Saving Time permanent."4