The Accordion Pill C/L did show success in treating the symptoms of Parkinson, despite the lack of significant differences. Although it also failed to achieve superiority in secondary end points. 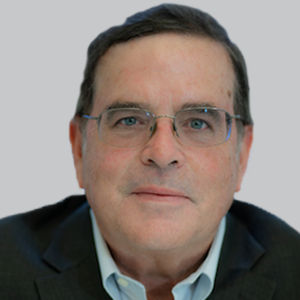 The use of Accordion Pill carbidopa/levodopa (AP C/L; Intec) did not result in statistical superiority in the treatment of Parkinson disease symptoms compared to immediate-release C/L (Sinemet), according to the top-line data from the ACCORDANCE study.1

The primary efficacy end point was the change from baseline in the percent of daily off time during waking hours based on Hauser home diaries, in which the Accordion Pill variety did not demonstrate superiority. In total, 90% of those who completed the 13-week study period elected to continue into an open-label extension study, to be administered the Intec therapy for 12 more months.

"We sincerely thank the patients, families and clinical trial sites involved in this study for their commitment to advancing research in Parkinson's disease. We hope the body of clinical data we have gathered can ultimately be used to benefit PD patients," R. Michael Gendreau, MD, PhD, chief medical officer, Intec Pharma, said in a statement. "Upon our on-going preliminary review of the data, we have noted that certain subsets of patients performed particularly well. In those patients, we see a meaningful reduction in OFF time. We will continue to analyze the full data set and expect that such findings will help inform our strategy for AP-CD/LD moving forward."

The study was a multi-center, double-blind, randomized, parallel-group assessment which included 320 patients over the 13 weeks. The Accordion Pill C/L did show success in treating the symptoms of Parkinson, despite the lack of significant differences. It also failed to achieve superiority in secondary end points, including change from baseline in on time without troublesome dyskinesia during waking hours, Clinical Global Impressions (CGI-I) scale as recorded by physician and patient, and change from baseline through endpoint in the Unified Parkinson's Disease Rating Scale (UPDRS) Score Parts II and III.

The treatment-emergent adverse events (AEs) were consistent with the known safety profile of the C/L formulations, without any new safety signals occurring during the trial or in the open-label extension.

Intec’s Accordion Pill delivery system utilizes biodegradable polymeric films, which are combined with the therapy, folded, and placed in a capsule. It is a gastric-retentive system containing carbidopa and levodopa in both its immediate and extended-release modes. According to the developer, gastric retentive qualities of AP C/L provides extended-release levodopa to be discharged slowly in the stomach over 8 to 12 hours, which provides a steadier absorption into the upper GI tract.

"We are disappointed that the ACCORDANCE study didn't meet its target endpoints with statistical significance,” Jeffrey A. Meckler, MS, JD, vice chairman and CEO, Intec Pharma, said in a statement. “While the data suggests that the AP C/L did achieve an acceptable safety profile and did treat Parkinson disease symptoms, it did not achieve a statistically significant superiority to standard immediate-release levodopa therapy.”

Meckler expressed the company’s pleasure with the treatment’s safety profile. “It demonstrates for the first time the long-term safety of the Accordion Pill, which is important for future potential applications and partnerships," he said.