The director of the Sleep-Wake Disorders Center at Montefiore Medical Center will offer further insights on narcolepsy at the upcoming International Congress on the Future of Neurology, September 27-28, 2019 in New York City. 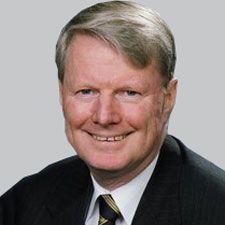 One of the primary challenges in treating narcolepsy is actually diagnosing the disorder. According to Michael Thorpy, MBChB, understanding how the disease presents, and the variations that can occur, is a considerable hurdle for clinicians.

In an interview with NeurologyLive, the director of the Sleep-Wake Disorders Center at Montefiore Medical Center spoke about the challenges of diagnosing narcolepsy and the implications for a multimodal therapy approach.

Thorpy will offer additional insights on narcolepsy and other sleep disorders at the upcoming 1st Annual International Congress on the Future of Neurology, September 27-28, 2019 in New York City. He will be joined by other top neurology professionals for the 2-day Congress, which will feature a rigorous agenda of presentations, question and answer sessions, and lightning rounds highlighting topics across the breadth of neurology, including the latest in sleep disorders, stroke medicine, multiple sclerosis, dementia, movement disorders, and epilepsy.

If you'd like to learn more from Thorpy and dozens of other faculty from top institutions who will offer their expertise on various topics, sharing the latest data and best practices to better inform clinical decision-making, click here to register. Use code Neuro19SI for 25% off registration.

NeurologyLive: What makes narcolepsy a challenge for physicians?

Michael Thorpy, MBChB: Narcolepsy is an interesting disorder that's getting a lot of attention these days. There is far more interest in it because people are recognizing it more, even though there's still a very long delay from the onset of symptoms to the time of diagnosis. Part of that delay is because physicians are not that aware of the clinical features and signs of narcolepsy. Most physicians are aware that narcolepsy causes excessive daytime sleepiness and that some patients have cataplexy, which is emotionally induced muscle weakness, but there are also many patients who don't have the cataplexy and just have sleepiness. Those are the ones that are more difficult to diagnose.

The main diagnostic measure that we use is the multiple sleep latency test (MSLT), and we know that those who have cataplexy generally have 2 or more sleep-onset REM periods and have a short mean sleep latency of fewer than 8 minutes on that test. Although there are some patients who have that type 1 narcolepsy with cataplexy who don't meet those criteria, in which case usually the test needs to be repeated. But the type 2 narcoleptics—whose diagnostic criteria also involves an MSLT&mdash;are more likely to have a falsely negative MSLT. So, one is very much dependent upon the clinical features and symptoms in those patients.

Do the symptoms of cataplexy impact diagnostic delay?

Cataplexy is very difficult to diagnose. Some patients laugh and fall to the ground, in which case it's easy to diagnose. But some patients have subtle evidence of cataplexy; even the patient may not be aware that they're having it. It may be noticed by other family members and might be just a little bobbing of the head, or the head coming down, the eyelids coming down, flattening of the face, or sometimes it's a little dysarthria—patients speaking and the voice becomes slurred. They can be very subtle, and for that reason it's often missed and that adds to this delay in diagnosis of narcolepsy.

What other symptoms of narcolepsy are impacting these patients?

In addition to the 2 major symptoms of excessive sleepiness and cataplexy, patients with narcolepsy have other symptoms as well. They have a lot of disturbed nocturnal sleep—many physicians are not aware of that. In fact, there are often patients misdiagnosed as having insomnia because they believe that the tiredness and fatigue and sleepiness during the day is due to the fact that they are not sleeping correctly at night. There is a need for physicians to realize that disturbed nocturnal sleep is part of the whole syndrome of narcolepsy.

Also, there are other REM phenomena besides cataplexy. There is a lot of vivid dreaming, bizarre dreams, and nightmares. Dreaming in naps is a particular feature that's very characteristic of narcolepsy.

What can clinicians do to improve diagnosis, and what research is still needed?

These REM phenomena need to be asked about, and the disturbed nocturnal sleep. When you couple that with the excessive daytime sleepiness, it would lead you towards a diagnosis of narcolepsy. If the patient can then be referred for the MLST, that may confirm the diagnosis.

We definitely need new biomarkers for the diagnosis of narcolepsy because about 20% are false negatives on the MSLT. We need other measures, but unfortunately, we don't have them. People are looking at features and the nocturnal polysomnogram, but the problem with that is that, of course, sleep studies are not always readily available to physicians. You require a sleep center, and it's a little bit more labor-intensive activity to do a nighttime sleep study.

Ideally, we should have a blood test. There is some evidence that there are some markers you can find in the blood that reflect some autoimmune response to the cells that are destroyed in narcolepsy, called the hypocretin cells. It's not certainly ready for clinical use at the present time, but it does provide the possibility that, in the future, a blood test looking at some immune markers could be very helpful in the diagnosis of narcolepsy.