While both 18F-FDG and 18F-florbetapir can discriminate those with dementia from healthy controls, the correlation to cognitive scores are much stronger with 18F-FDG. 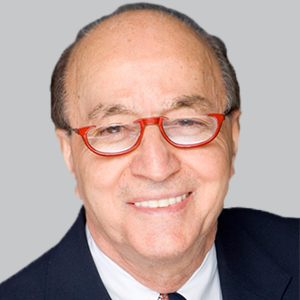 Conducting an amyloid positron emission tomography (PET) scan using 18F-florbetapir-PET for a patient with Alzheimer disease is not sufficient to measure cognitive performance, though 18F-fluorodeoxyglucose (18F-FDG) is a superior indicator of cognitive function, according to the findings of a new study.1

As some PET tracers such as 18F-florbetapir have been recently introduced to detect amyloid plaque deposits, the effectiveness of amyloid imaging as a dementia monitoring strategy has come up for debate. While both 18F-FDG and 18F-florbetapir can discriminate those with dementia from healthy controls, the correlation to cognitive scores are much stronger with 18F-FDG.

“Both florbetapir-PET and FDG-PET are approved diagnostic methods for Alzheimer disease, and both appear to be effective in indicating some sort of cognitive impairment. However, we have now shown that FDG-PET is significantly more precise in clinical studies, and it is also available for routine use with modest costs,” study co-principal investigator Abass Alavi, MD, professor of Radiology, University of Pennsylvania, said in a statement.2 “Our results support the notion that amyloid imaging does not reflect levels of brain function, and therefore it may be of limited value for assessing patients with cognitive decline.”

The study included 63 patients, of which 19 had Alzheimer disease, 23 had mild cognitive impairment (MCI), and 21 were not cognitively impaired. They were stratified into 5 groups: normal controls, those with MCI, those with Alzheimer, an MCI/Alzheimer group, and the full cohort.

Each PET tracer was correlated with results of each subject’s Mini-Mental State Exam (MMSE) score. Global SUVmean ratios (GSUVr) were calculated as a weighted average of all regional SUVmean using a global quantification approach. This was applied to supra-tentorial, frontal, parieto-occipital, temporal, and cerebellar brain regions.

As mentioned, both 18F-FDG and 18F-florbetapir could successfully detect subjects with dementia (P&#8202; <0.001); however, neither tracer could differentiate between MCI and Alzheimer disease. “Although some studies have reported significant differences in amyloid PET tracer binding between MCI and Alzheimer populations, these results are difficult to interpret based on the heterogeneous nature of MCI,” Alavi and colleagues wrote.

Additionally, the study demonstrated that the correlation of 18F-FDG GSUVr with MMSE is stronger than that of 18F-florbetapir in the supra-tentorial and temporal regions. According to Alavi, the 18F-FDG tracer is still not a perfect diagnostic tool, though it is the best currently available option in dementia symptom monitoring.

"Amyloid imaging has a value in diagnosing or ruling out Alzheimer disease, but it’s a bit like all or nothing. Our study shows that it can reveal disease, but you wouldn’t be able to differentiate between someone who had very mild or very severe symptoms,” said co-principal investigator Andrew Newberg, MD, professor of radiology, Thomas Jefferson University. “In a clinical drug trial, for example, it may be more relevant to do an FDG-PET scan, rather than using amyloid as a marker, to find out whether the therapy is working."