The safety profile in the low-dose cohort (6 x 1012 vg) is supportive of continued enrollment for a higher-dose cohort of 6 x 1013 vg. Additional data are anticipated to be announced in the second quarter of 2022. 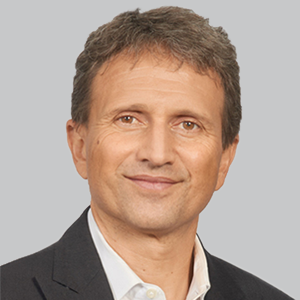 The ongoing phase 1/2 trial of AMT-130, uniQure’s investigational recombinant AAV5 vector gene therapy for Huntington disease (HD) has read out data for the first 4 patients included in the trial, half of whom received the agent, and half of whom experienced sham surgery, according to a company announcement.1

Overall, the gene therapy was deemed well-tolerated at its lower dose of 6 x 1012 vg, without any serious adverse events (AEs) related to the treatment reported thus far. The company noted in its announcement that levels of neurofilament light (NfL) increased as expected following the procedure for the 2 patients receiving AMT-130, with those levels returning to normal afterward. NfL was consistent in the sham group. Additionally, structural MRI revealed no meaningful safety findings in either group after 1 year of follow-up, and both total and mutant HTT protein in the cerebral spinal fluid (CSF) of the overall cohort were highly variable and thus inconclusive.

uniQure noted that an update on the low-dose cohort, consisting of 10 patients and largely focused on safety, is anticipated to be announced in the second quarter of 2022, with the full safety and efficacy dataset from the first 2 cohorts expected in the first half of the following year.

“We are pleased with these data that support the tolerability of AMT-130, a potential one-time gene-therapy approach for Huntington’s disease,” Ricardo Dolmetsch, PhD, president, research and development, uniQure, said in a statement.1 “Neurofilament light chain, a key biomarker of injury in the brain, trended downward and returned to baseline levels in the treated patients, and structural MRI data are consistent with the safety profile of AMT-130. Based on recommendations of the [Data and Safety Monitoring Board] and steering committee, we will disclose efficacy data including volumetric MRI changes once all patients in the first 2 cohorts are unblinded. We look forward to evaluating safety, biomarker and functional data on a larger number of patients and over a longer period during the ongoing study.”

As alluded to by Dolmetsch, the safety profile in the low-dose cohort is supportive of continued enrollment for a higher-dose cohort of 6 x 1013 vg. Thus far, 19 patients have been enrolled in the trial, of which 9 are in the higher-dose cohort. This first grouping of 4 patients was heterogeneous in that they represented a variety of Stage I-II early manifest HD, with 41-44 CAG repeats, and baseline Total Functional Capacity scores ranging from 10-13 and Total Motor Scores ranging from 7-23.

“AMT-130 appears to be generally well tolerated both immediately after surgical administration and at one year of follow up in these four patients,” Jody Corey-Bloom, MD, PhD, professor of neurosciences, University of California–San Diego, and chairperson, DSMB, said in a statement.1 “We are encouraged by the early data in two treated patients and will continue to provide comprehensive safety oversight of the program as additional patients are enrolled and the trial expands into Europe. The DSMB will continue to oversee the conduct of this important program, and will evaluate safety, biomarker, imaging, and functional data as the program advances.”

The investigational new drug (IND) application for AMT-130 was accepted by the FDA in early 2019,2 after successful preclinical animal studies of the treatment demonstrated widespread localization of AMT-130 in the brain and spinal cord of primates after direct injection, and effective distribution and a prevalent silencing of human mutant HTT in mini pigs in one of the largest animal models of HD available.3,4 A few months after the IND was accepted, the uniQure agent was granted fast track designation.5

After a number of setbacks from promising agents in early 2021, this news comes as a welcome sign of the health in the pipeline for HD. AMT-130’s success comes several months after it was announced that another gene therapy candidate in HD, from Voyager Therapeutics, had received FDA clearance for its IND application.6 The agent, VY-HTT01, is comprised of an AAV1 designed to reduce the expression of HTT, thereby altering disease progression. It is also comprised of a proprietary transgene that harnesses the canonical RNA interference pathway to selectively knock down levels of HTT messenger RNA.

Additionally, in late 2021, Wave Life Sciences—which had discontinued trials of its 2 other HD agents, WVE-120102 and WVE-120101 that failed to show efficacy—announced that it had initiated of dosing in the phase 1b/2a SELECT-HD trial (NCT05032196) of WVE-003 in patients with HD. WVE-003 is a stereopure antisense oligonucleotide, is designed to target SNP3, a single nucleotide polymorphism on the mutant HTT allele, selectively lowering mutant HTT protein and sparing healthy, wild-type huntingtin protein.7

For more coverage of gene and cell therapies, check out our sister publication GeneTherapyLive.