Atogepant and its Place in the Migraine Treatment Landscape

Lawrence Severt, MD, PhD, discussed the history of CGRP antagonists and what atogepant can potentially bring to the market pending approval. 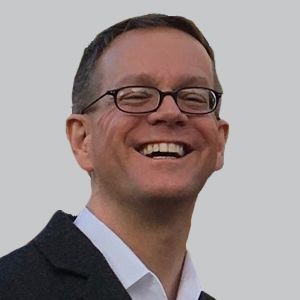 The study of the small molecule calcitonin gene-related peptide (CGRP) receptor antagonist—part of the gepant class— met the primary end point, with those treated in the 10-, 30-, and 60-mg arms experiencing decreases in MMD of 3.69, 3.86, and 4.2 days, respectively, compared with 2.48 days with placebo (all P <.0001) over the 12-week treatment period. The drug also showed efficacy on a number of secondary end points, including proportion of patients that achieved 50% or more reduction in mean MMD across the treatment period.

In March, AbbVie announced that the FDA accepted its new drug application for atogepant for the preventive treatment of migraine in adults with episodic migraine, with a regulatory decision expected to come late in the third quarter of 2021.

In an interview with NeurologyLive, Lawrence Severt, MD, PhD, director, AbbVie, suggested that atogepant’s oral route of delivery and its mild safety profile make it an attractive treatment option for both clinicians and patients. He shared his thoughts on the history of CGRP antagonists, their effectiveness, and how atogepant separates itself from others in its class. He also discussed the ongoing effort to study the drug in patients with chronic migraine in hopes of adding another option to a limited treatment landscape.

NeurologyLive: Can you provide a brief history of CGRP’s role in migraine and early development of these antagonists?

Lawrence Severt, MD, PhD: It’s been a long road with calcitonin gene-related peptide and migraine. The peptide itself was identified over 40 years ago, and then not long after, clinicians realized that it had multiple roles in the body, including being enriched in the trigeminal vascular system. The trigeminal nerve is one of the major players in pain sensation in the face and hand, and meninges around the brain, as well as a player in talking to blood vessels within the head, specifically the meninges.

In the vascular system, CGRP plays at least 3 roles. Firstly, it’s a neurotransmitter. When the trigeminal nerve transmits sensory pain information to other nerves, CGRP is there. When that trigeminal nerve tells blood vessels to dilate, the most potent endogenous Faizal dilator is CGRP. That nerve can tell blood vessels to dilate or expand with CGRP. When mast cells are activated by CGRP, they release inflammatory compounds that contribute to the migraine attack as well. This was all figured out in the 1980s and 1990s. Shortly after, we benefitted from some very nice patients who were willing to have a catheter put in their jugular vein during a migraine attack and have their blood sampled.

We saw that there was this big tide of patients who were willing to have an infusion of CGRP, but that infusion came with a migraine attack. This was the real evidence to suggest that this is a player, so we must find a way to block this system. The first chemicals that seemed to be effective were actually small molecules of the older gepants. This was the older CGRP antagonists that Merck developed which were considered ‘the Model T’ compounds in this gepant class.

Merck developed and tweaked them but eventually abandoned their migraine program and sold them to Allergan. They essentially sold the descendants of those earlier molecules which were ubrogepant and atogepant. They sold them to Allergen, and we developed them. Along the way, there have been 4 monoclonal antibodies, 3 of them to CGRP itself, and 1 to the CGRP receptor, which is erenumab. All of these have been approved for the preventive treatment of migraine.

What are the advantages of atogepant compared with other anti-CGRPs?

We think that atogepant is unique because as opposed to monoclonal antibody which has to be injected, atogepant is an oral daily medication. We know from patient research, and I know personally, that I would rather take a pill than get a shot. We think that’s a common feeling among the patients. We try to listen to them and give them what they want.

Most of these people are younger women, often of childbearing age. The other nice thing is that atogepant has a half-life of just under 11 hours. It’s should be eliminated from the body by about 5 half-lives. That’s about 55 hours, or a couple days and change. If you’re a young woman thinking about getting pregnant, it’s a nice advantage to have a drug that you can stop if you want to consider some family planning issues. Likewise, if you had an adverse event, such as becoming nauseous, you can stop the drug and its gone from your body in a couple of days. We think the oral route of delivery and the short half-life are both attractive to clinicians and patients.

Finally, the safety and tolerability profile. In the package we submitted for approval to the FDA, we had a very robust and impressive tolerability profile. We saw very few safety issues. Constipation was observed in about 7%, and nausea was slightly lower. These were overwhelmingly mild adverse events and pretty easily treated.

The combination of an oral route, daily administration with a short half-life, and a favorable safety and tolerability program will make it a very attractive choice for patients. We listened to patients and heard that’s what they want. They want to take a pill that they can start or stop as they need.

Is there further potential for atogepant beyond episodic migraine?

The NDA [new drug application] has been submitted and we’re hoping by the third quarter of this year that we will hear something back from the FDA. Certainly, by the end of the calendar year we hope to hear back. We’re keeping our fingers crossed. In terms of trials, this NDA was submitted for people who have episodic migraine. Episodic migraine is a diagnosis that applies to people who have fewer than 15 headache days a month. Chronic migraine refers to a small subset, about 10%, of the migraine population who have more than 15 headache days a month, 8 of which are considered migraine-like in their quality. The package we submitted to the FDA was studying people with episodic migraine, which represents 90% of people.

We have an ongoing global study which contains a smaller subset of people with chronic migraine. We decided to divide them up because we knew that chronic migraine is a different disease. It was identified a number of years ago. OnabotulinumtoxinA, or Botox, is specifically approved for the prevention of chronic migraine, and is not yet approved for the prevention of episodic migraine. We think there are real qualitative, as well as quantitative differences in chronic versus episodic. We decided to study them separately. Episodic is a much bigger population, making it easier to do trials because there’s a larger pool to pull from. We also thought we’d have a better chance to help more people out with episodic.

We didn’t want to forget about patients with chronic migraine. It’s currently ongoing right now, and we knew it was going to be a slower enrollment process. We’re hopeful that once the results are finalized, that we’ll be able to help people with chronic migraine. We’ve already got Botox, but we’d like to add another option. Down the road, we will think about other populations that might benefit. This is a global program for atogepant, and we’ll probably be looking at other countries for opportunities to help treat people with migraine there.