Using Strong et al’s classification criteria, the percentage of SOD1+ and SOD1- patients with altered cognitive and/or behavioral profiles were similar; however, cognitive and behavioral impairment differentiated between groups. 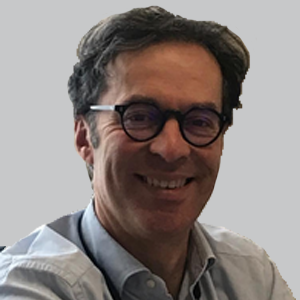 Using a cohort of patients with amyotrophic lateral sclerosis (ALS) who underwent extensive neurophysiological test batteries and next generation sequencing, findings showed that behavioral impairments were more common in individuals carrying SOD1 variants, while cognitive impairment was mainly found in those with no gene variants. Investigators concluded that these findings could be relevant for the assessment of clinical trial outcomes and disease management.1 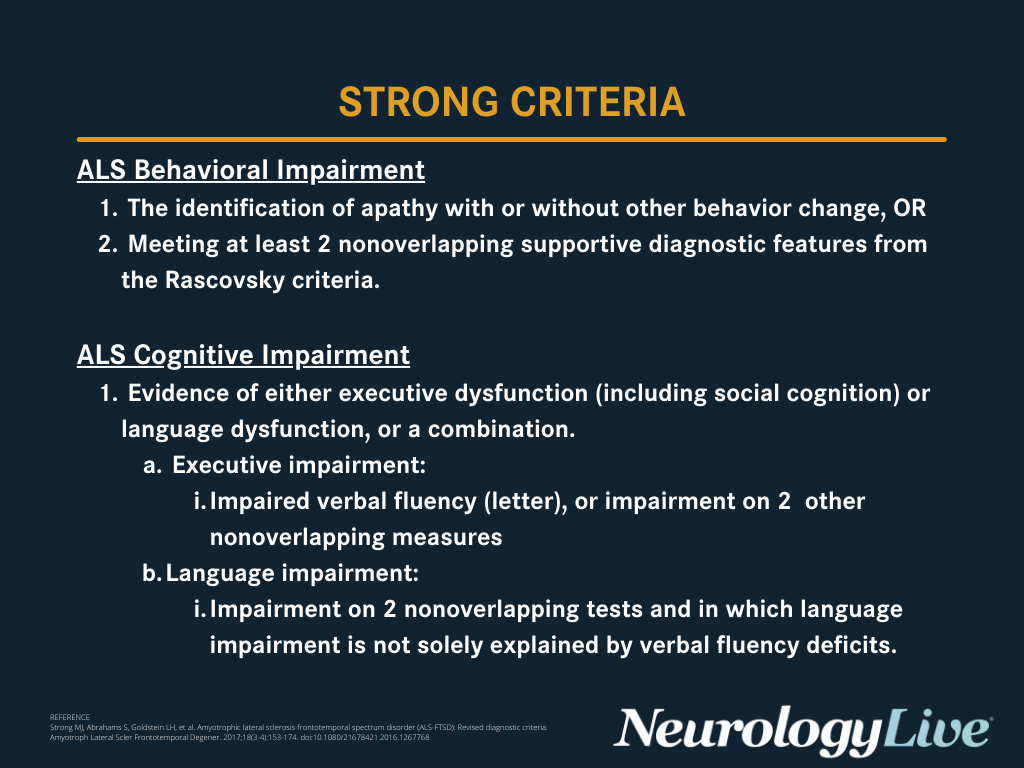 Study investigator Giuseppe Lauria, MD, professor of neurology, University of Milan, and colleagues concluded that, "From a clinical perspective, our results suggest focusing more on behavioral profiles than cognitive functions, since subtle behavioral changes have been described in SOD1 variant carriers and could represent potential disease modifiers of the clinical outcomes."

All patients underwent neurological and neuropsychological examination, and next generation sequencing of more commonly established such as SOD1, FUS, TARDBP, VCP, PFN1, TUBA4A, OPTN, SQSTM1, UBQLN2, and C9orf72. The guidelines from Strong et al classified patients with deficits in either verbal fluency and/or executive functions and/or language as cognitively impaired (ALSci), while patients with apathy or 2 other behavior symptoms defined by the consensus, as found in the FBI, were diagnosed with behavioral impairment (ALSbi). Patients with ALS with frontotemporal dementia (ALS-FTD) were diagnosed based on a history of cognitive deterioration and/or at least 2 symptoms of behavioral impairment.

The correction in Muscle & Nerve resulted in a statistically significant treatment difference of more than 2 points for average change from baseline in ALSFRS-R in the prespecified efficacy subgroup of with a baseline score of at least 35.

Motor functional disabilities were measured with the revised ALS Functional Rating Scale (ALSFRS-R), while FBI was used to measure behavioral changes. During the study period, cognitive functioning was measured using different psychometric tasks, including the Italian version of the Edinburgh Cognitive and Behavioral ALS Screen (ECAS) and/or a broad battery of standardized neuropsychological tests assessing executive functions, language, memory, social cognition, and visuospatial activities. For all patients, changes in habits due to physical disability were not rated as behavioral changes.

Between the 2 observed groups, those with SOD1 mutations had predominantly spinal onset and lower motor neuron involvement. Six of them had no family history of ALS, whereas 7 patients had at least another member affected by ALS, with 5 patients belonging to 2 different families. Of the other 2 familial cases, patients carried the p.Asp91Ala and pLeu145Phe variants. For SOD1+ patients, no other variants were identified in the other 9 analyzed genes.

Based on the overall neuropsychological findings, the percentage of SOD1+ and SOD1- patients with altered profiles were about 60%. In comparisons of FBI subscores, SOD1+ patients had higher levels of mental rigidity (P = .001; d = .657) and irritability (P = .011; d = .669) than SOD1- patients, which was independent of age. The 2 groups had similar cognitive profiles, with slightly better performance of recognition memory in those with SOD1 mutations. Specifically, none of the SOD1+ patients who performed the visual recognition task had pathological performances, whereas 36% of SOD1- patients obtained scores below the normal range of Italian age- and education-corrected norms. In a subanalysis of locus of SOD1 variants, there was a noticeable association between impaired cognitive and/or behavioral profiles with variants in exon 5.

"Further longitudinal studies, with larger sample size, are warranted to verify if the behavioral breakdown might be a risk for more severe frontotemporal syndromes and if the mutation site may play a role," Lauria et al wrote.1 "These changes might be associated with anatomically specific neural modifications in brain regions beyond the classical motor areas."