Biogen Announces 50% Drop in Aducanumab Pricing Amid Feedback on Costs

After months of concern raised by the Alzheimer disease community about the list price for aducanumab (Aduhelm) of $56,000 yearly, Biogen has announced that the maintenance dose cost will be reduced to $28,200. 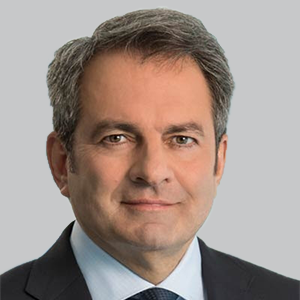 Biogen announced this morning that as of January 1, 2022, the wholesale acquisition cost of its antiamyloid antibody for the treatment of Alzheimer disease (AD), aducanumab (Aduhelm), will be reduced from the current cost of $56,000 yearly to $28,200 yearly for the maintenance dose (10 mg/kg) for individuals of an average weight (74 kg), a reduction of 50.3%.1

This news comes just days after the company announced its plans to submit the final protocol for its phase 4 post-marketing study to the FDA, aiming to initiate patient screening by May 2022.2 The company announced that this action on pricing was implemented with a goal of “lowering out-of-pocket expenses for patients and reducing the potential financial implications for the US healthcare system,” stating that the price reduction considers the questions that have been raised about this now first class of AD medications, the population that is eligible for treatment, and reassessed pharmaco-economic assumptions. The company added that it believes that with insurance and access to diagnostics and specialized centers, roughly 50,000 individuals are anticipated to begin treatment in the coming year.

This news comes following months of conversations in the field about the cost of the therapy and the possible implications after many projections had anticipated a much lower cost for aducanumab. Many analysts had reported that the original $56,000 yearly price was expected to greatly stretch the Medicare budget for drugs administered by doctors, in part due to the average age and coverage of the AD patient population. An estimate from July published in JAMA suggested that if only 10% of those with AD were prescribed aducanumab, spending for Medicare Part B would nearly double—from $37 billion to $69 billion per year.3

“Over the past several months, we have listened to the feedback of our stakeholders, and we are now taking important actions to improve patient access to Aduhelm,” Michel Vounatsos, chief executive officer at Biogen, said in a statement.1 “Too many patients are not being offered the choice of Aduhelm due to financial considerations and are thus progressing beyond the point of benefitting from the first treatment to address an underlying pathology of Alzheimer’s disease. We recognize that this challenge must be addressed in a way that is perceived to be sustainable for the US healthcare system.”

In October 2021, Lon Schneider, MD, MS, professor of Psychiatry and the Behavioral Sciences, and Della Martin Chair in Psychiatry and Neuroscience, University of Southern California Keck School of Medicine, told NeurologyLive® that “the lack of prescriptions for aducanumab reflects the substantial evidence that aducanumab, as tested in early-stage Alzheimer disease, is not effective. This is abundantly clear. Physicians and many families understand the lack of clinical benefit." He explained that the high cost of the drug, while affordable to a wide swath of wealthier American families, puts many families in a position where they are unable to pursue treatment. This then leads to a hesitancy as Centers for Medicare & Medicaid Services (CMS) coverage decisions are weighed, and because the basis for the FDA approval hinged on the belief that amyloid-plaque lowering drives a clinical benefit, it has, as Schneider puts it, "punted the determination of efficacy to CMS."

Vounatsos added in the statment that “these are difficult decisions necessary to sustain our mission to develop medicines for the most devastating neurological diseases. We must bring our cost base in-line so we can continue to invest in future innovation and growth, retain and compete for outstanding talent, and provide acceptable returns to our shareholders.”1

The feedback on the pricing has been an ongoing discussion that has continued to now, 6 months after aducanumab’s approval. Just weeks ago, in November 2021, a pair of perspective pieces published in The New England Journal of Medicine pointed to the implications of the therapy’s cost.4,5 One, by James C. Robinson, PhD, MPH, Leonard D. Schaeffer Professor of Health Economics, director of the Berkeley Center for Health Technology, UC Berkley noted that it was representative of 3 major aspects of the current environment: the Medicare reimbursement rate formula, physician payment for office-infused drugs, and patient cost-sharing requirements,4 while the other, from Rachel E. Sachs, JD, MPH, professor of law, Institute for Public Health, Washington University in St Louis; and Nicholas Bagley, JD, professor of law, University of Michigan, noted that its cost implicates individual state fiscal health and existing laws requiring Medicare and Medicaid coverage, “no matter their prices and no matter how poorly they work.”5

The original pricing, Sachs and Bagley wrote, could be disastrous if a restrictive decision is reached by the CMS administrators—a proposed reimbursement decision is expected in January 2022, with a final decision expected shortly after in April—in large part possible given the oft-debated evidence provided by Biogen to the FDA to support the drug’s approval, which would lead to a scenario in which the onus falls on individual states responsible for payment.5

These conversations on pricing began immediately following the agent’s FDA approval. In early July, the Institute for Clinical and Economic Review (ICER) publishing an affirmation of its report on the cost from earlier in 2021, suggesting that in order for the agent to be cost-effective, its price would need to be between $2500-$8300 per patient per year. When calculating the price based on assumed "optimistic" treatment benefits—relying only on the results of the positive study—ICER noted that pricing for the agent between $11,100-$23,100 would be needed for it to be considered cost-effective. Based on an assumption of "conservative" treatment benefits, the cost-effective range was reduced to between $1200 and $4200.6

George Vradenburg, JD, chair and cofounder, UsAgainstAlzheimer’s, said in a statement issued by the organization that “despite its proven effectiveness, Aduhelm has been out of reach for many patients because of its cost, which is why UsAgainstAlzheimer’s has been leading the charge in calling for a price reduction. On behalf of the 6 million Americans living with Alzheimer’s, I thank Biogen for listening to the voices of patients, their caregivers, and the entire Alzheimer’s community.”7

“While CMS isn’t legally allowed to consider cost in making coverage determinations, many of us have questioned whether that would actually be the case. If cost was a factor, that issue should now be off the table. So, we are calling on CMS to not only reverse its planned premium increase but also issue a National Coverage Determination as soon as possible to ensure access to Aduhelm,” Vradenburg added.7

Biogen additionally announced that it plans to implement a series of “cost-reduction measures” next year “to better align its costs with its revenue base,” which it anticipates to be affected by generics for the treatment of multiple sclerosis that compete with its agents, as well as the delayed uptake of aducanumab in the clinic.1 Financial reports from October 2021 suggested that the delayed uptake was significant, with the treatment only generating $300,000 in sales—drastically different from the $16M projections that were being levied by experts.8

The cost-reduction measures are estimated to yield approximately $500 million in annual savings, Biogen noted, of which a large amount is expected to be realized in 2022. “A portion of these savings will be offset by investments in Biogen’s pipeline and strategic initiatives. Further details will be finalized in the coming weeks and will be communicated in the first quarter of 2022,” the company stated.1