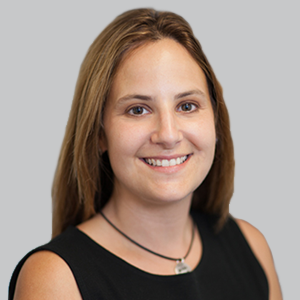 The Biogen agent’s approval was met with a bag of mixed emotions from the clinical community, with questions raised about its efficacy and clinical data, and concerns about the risk of incidence of amyloid-related imaging abnormalities (ARIA) that can accompany it.2

Now, roughly 6 months since aducanumab’s June 2021 FDA decision,3 reports from the pharma giant indicate it has only generated $300,000 in sales, a drastic difference from the $16M projections that were being levied.1 Notably, lower-than-expected uptake is not necessarily uncommon for new therapies, particularly among first-in-class medications. Challenges in quickly disseminating physician and patient education can cause delays, as can issues with coverage—something the Centers for Medicare and Medicaid Services (CMS) has yet to settle on.

“The approval of Aduhelm was accompanied by a wide label. There was not a diverse representative sample in the trials which is a large issue across all trials and not isolated to this blockbuster drug,” Jessica Zwerling, MD, MS, director, Montefiore Hudson Valley Center of Excellence for Alzheimer’s Disease, associate professor of neurology, Albert Einstein College of Medicine, told NeurologyLive.

Lon Schneider, MD, MS, professor of Psychiatry and the Behavioral Sciences, and Della Martin Chair in Psychiatry and Neuroscience, University of Southern California Keck School of Medicine, told NeurologyLive that “the lack of prescriptions for aducanumab reflects the substantial evidence that aducanumab, as tested in early-stage Alzheimer disease, is not effective. This is abundantly clear. Physicians and many families understand the lack of clinical benefit." Additionally, he explained that the high cost of the drug—$56,000 per year—is affordable to a wide swath of wealthier American families, many families can not afford it. This, in turn, leads to a hesitancy as CMS coverage decisions are weighed, and because the basis for the FDA approval hinged on the belief that amyloid-plaque lowering drives a clinical benefit, it has, as Schneider puts it, "punted the determination of efficacy to CMS."

"Denial of insurance coverage by CMS would mean—on a pragmatic level—that CMS sees aducanumab as not effective, not worthwhile for the US government to pay for. By contrast, a decision that provides coverage, allows reimbursement is—again, pragmatically—a determination of clinical benefit. The principle is CMS wouldn’t pay for ineffective treatments," Schneider said. "Even the lowest level of coverage by CMS, will open the aducanumab prescribing flood gates and it will become a commercial slam dunk. This is of course what Biogen, the Alzheimer’s Association, and many paid opinion leaders are working toward convincing, lobbying, or even bullying decision-makers and the public [about]." 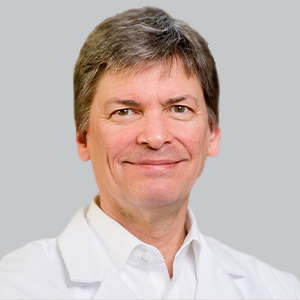 Zwerling explained that a positive spin of aducanumab’s complicated entry into the market is that, at least, it has begun to drive conversations among physicians and patients about a number of topics. “The approval opened up the conversation of ‘what is a trial?’ to all of our patients, which may help with the recruitment; however, chronic diseases are prevalent in the Bronx and careful consideration of risk is crucial,” Zwerling said. She added that offering patients information about the therapy can present challenges because of the lack of data to back up its use for certain patients.

One example she offered is when patients experience ARIA, not much is known about possible drug-drug interactions, creating complications associated with using other treatments, such as tissue plasminogen activator (tPA), and presenting a challenge for a patient population that is often comorbid. “It created the need to create pathways of recognition of patients on this drug that may receive it outside our system but end up in the [emergency room] as acute neurological syndromes of stroke may necessitate the use of tPA,” she said.

As alluded to by Schneider, a driving force behind these obstacles to its widespread adoption stem from the drug’s complicated history coming through the AD pipeline—after its phase 3 program was originally discontinued because of futility, Biogen reversed course after additional analyses, and ultimately submitted a regulatory filing to the FDA for the agent.4-6

Other clinicians in the AD field have expressed similar sentiments in conversations with NeurologyLive, echoing the challenges of patient identification and pointing to a lack of clear and comprehensive data on its use. When aducanumab was originally approved, many articulated that the patient population indicated by the label was too broad, making patient identification difficult. Shortly after its approval, in July 2021, the FDA announced it had approved an updated label for the aducanumab 100 mg/mL solution injection, including an addition to the Indications and Usage section of the label. The updated language states that treatment with aducanumab should be initiated in patients with mild cognitive impairment or mild dementia stages of the disease, the population in which the treatment was initiated in clinical trials. It continues to state that there are no safety or efficacy data on initiating treatment at earlier or later stages of the disease than were studied.7

As well, later that month at the 2021 Alzheimer Association International Conference (AAIC), July 26-30, a number of physicians presented appropriate use criteria for aducanumab in order to clarify some of these lingering questions, which were published in The Journal of Prevention of Alzheimer's Disease prior to the meeting. Among them was Jeffrey L. Cummings, MD, ScD, professor of brain science, and director, Chambers-Grundy Center for Transformative Neuroscience, University of Nevada–Las Vegas, who told NeurologyLive at the time that the appropriate use criteria “deal very seriously with safety, how to manage the ARIA, and the safety of aducanumab, and how to choose the patient for aducanumab—because we want to keep those patients very close to the trial patients in terms of their characteristics—and then how to talk with the patients.”

Cummings continued by saying, “This is a complicated drug. The patient has to commit themselves to monthly infusions, they have to commit themselves to frequent MRI scanning in the first year, they have to know that ARIA occurs and that it can be a symptomatic outcome of the treatment with aducanumab. The shared decision-making between the clinician and the patient is extremely important for this particular agent, and we emphasize that a lot in terms of the appropriate use recommendations.”

The response from medical institutions has been mixed as well. While individual physicians have penned editorials explaining their decision to avoid using the drug, institutions such as Cleveland Clinic and Mount Sinai had indicated in July that their stance as a whole was to not prescribe the therapy to patients, citing concerns about efficacy and safety.8 Other institutions, such as Zwerling’s Montefiore, have attempted to develop their own guidance and recommendations to help provide clarity on how to use aducanumab properly.

“We formed a consensus committee of interdisciplinary experts to review the label and have not onboarded this drug or presented this to our Pharmacy and Therapeutics Committee until coverage determination is available,” Zwerling said, adding that additional peer-reviewed data would be welcomed. At AAIC 2021, Biogen and Eisai presented the design of the first real-world observational phase 4 study of the drug, dubbed ICARE AD-US (NTC pending), to evaluate long-term effectiveness and safety of aducanumab in patients with AD over 4 years from approximately 200 sites in the US, with ongoing monitoring for up to 5 years.9

Ultimately, it seems that the therapy’s introduction into regular clinical practice will likely be as complex as the disease it aims to treat. Zwerling and others have noted that its approval opened the door for a number of conversations around clinical trials in AD and around the potential to finally assess combination approaches—an idea that has been floated for some time. Additionally, Zwerling noted, it allows for advocates of treatments for other rare neurological diseases to have a new potential pathway for drug approval through the FDA’s accelerated approval pathway, which aducanumab leveraged. Other investigational AD agents, such as ganternerumab (Genentech/Roche) and lecanemab (Biogen/Eisai) have been granted breakthrough designations from the FDA since aducanumab’s approval, suggesting they will travel similar paths through the pipeline.