Feb 24, 2022
By Abby Reinhard
Conferences|Americas Committee for Treatment and Research in Multiple Sclerosis

Investigators conducted a study to assess the effects of CR diet on immune cell subsets, concluding that observed changes could be mediated by changes in classes of lipid metabolites. 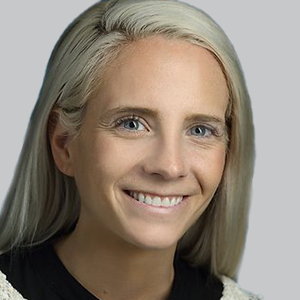 Intermittent calorie restriction (CR) diets were associated with reduction in memory T cell subsets in patients with multiple sclerosis, a recent study found. According to data presented at Americas Committee for Treatment and Research in Multiple Sclerosis (ACTRIMS) Forum 2022, February 24-26, in West Palm Beach, Florida, these changes have potential to be mediated by changes in certain classes of lipid metabolites.1

Investigators, led by Kathryn Cauley Fitzgerald, ScD, assistant professor of neurology, Johns Hopkins University School of Medicine, in Baltimore, Maryland, initially included 36 patients with MS, conducting a controlled feeding study of 3 CR diets over an 8-week period. Patients were randomized to either a daily CR diet, including a 22% daily reduction in energy needs; an intermitted CR diet, including a 75% reduction in calorie needs for 2 days each week, with 100% of daily needs for 5 days each week; or a weight-stable diet, including 100% of daily calorie needs.

Investigators did not observe notable changes in T cell subsets for patients randomized to daily CR or weight stable diets. Larger within person change in phospholipids and phosphoethanolamine metabolites were associated with larger reductions in memory T cell subsets, as well as increases in naïve T cell subsets for those in the intermittent CR group.

Plasma was obtained through morning blood samples provided by participants at baseline and weeks 4 and 8. Additionally obtained via blood samples were peripheral blood mononuclear cells (PBMCs) at baseline and week 8. Those in the intermittent CR group had samples at weeks 4 and 8 collected after a 25% calorie-needs day. CD4+ and CD8+ T cells and memory subsets, including effector memory (TEM: CCR7‐ CD45RO+), central memory (TCM: CCR7+ CD45RO+), and naïve cells (TNaive: CCR7+ CD45RO‐) were identified from PBMCs.

The effect of diet has been explored in additional studies in MS, including the ketogenic diet, the Wahls diet, and the Swank diet. Findings from the WAVE study evaluation the Wahls and Swank elimination diet were presented at the 2021 Annual Meeting of the Consortium of Multiple Sclerosis Centers (CMSC), October 25-28, with data suggesting significant reductions for both groups in fatigue and cognitive dysfunction.2 Additional findings from the WAVE study are also being presented at this year’s ACTRIMS Forum.