Significance and Role of B-Cell Depleting Medications for Multiple Sclerosis

Kristin Galetta, MD, MSEd, provided insight on differences between B-cell depleting disease-modifying therapies for MS and how they continue to shape the future of drug development. 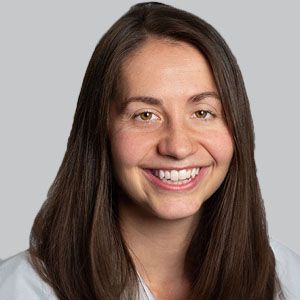 Patients with multiple sclerosis (MS) have been fortunate over the past decade to see in influx in new treatment options, including the introduction of B-cell depleting therapies. Historically, most MS therapies have been t-cell based, although recent literature has found that b-cell involvement may be related to proinflammatory cytokine production, defective regulation, and formation of lymphoid structures in the central nervous system.

The space saw even greater expansion with the approvals of ocrelizumab (Ocrevus; Genentech), an intravenously infused humanized therapy, and ofatumumab (Kesimpta; Novartis), a human anti-CD20 monoclonal antibody, in 2017 and 2020, respectively. Both have shown to have good longitudinal safety profiles, with side effect profiles that show an increased risk of infection and reaction to medication.

To showcase these medications even further, Kristin Galetta, MD, MSEd, professor of neurology, Brigham and Women’s Hospital, shared a presentation at the recently concluded Institutional Perspectives in Neurology meeting, February 9th. Following that, she sat down with NeurologyLive® to discuss why she was passionate about the topic, the differences in treatment options, and whether the recent news about Epstein-Barr virus and its role as the leading cause of MS changes the way drug development proceeds going forward.

NeurologyLive®: Why is this an important topic to you and the MS community?

Kristin Galetta, MD, MSEd: For a number of reasons. I mentioned in the presentation that historically, many of our medications have been focused on T cells. These newer medications have opened the door to other ways to target the disease activity that occurs in some patients with MS. The ORATIO trial, the first trial for the first approval for a medication for patients with primary progressive MS and that was really exciting. In the next coming years, we’re hopeful to focus on this aspect of disease progression that many of our patients ultimately face. From my perspective, that’s exciting. Thirdly, just in general, [B-cell depleting therapies] are highly efficacious medications that are well-tolerated without a lot of [adverse] effects.

What are the differences between ocrelizumab and ofatumumab? Are there advantages to each one?

I’m patient-centric about this. Ocrelizumab is an infusion that’s given once every 6 months after initial loading dose to its part. By comparison, ofatumumab is an injection that’s self-administered and given one a month after initial loading period of once a week. The administration is different, and that can have advantages and disadvantages for different people. Some people don’t want to think about their MS until every 6 months, so there may be advantages to that. Some people don’t live near an infusion center or MS center, so there’s advantages in being able to self-administer medication. There are probably a lot of differences in terms of how immunosuppressed people get and the timing of these medications. We’re still learning about that, but there may be implications to both.

Since the efficacy of MS disease modifying therapies has improved drastically in the last 20 years, do treatment decisions sometimes come down to adverse effect profiles?

Every provider is a little bit different. If we go purely off the data and trials, ocrelizumab is approved for primary progressive disease and is the only FDA-approved drug for that. People probably aren’t going to be putting patients on ofatumumab if they have progressive disease. That’s a clear thing. The efficacy between those 2 is a little less clear. For me, it does come down to patients, various patient factors, and also their individual preferences.

Will the recent news about EBV and its role in MS play a factor in how future B-cell depletion DMTs are developed? Does this news change the approach of drug development?

It’s an interesting question. There’s a couple of pieces to the EBV picture that we’re still working out. What I would say is that, for these early life exposures, it’s still unclear how much we can prevent them and the inflammatory cascade that follows them by treating EBV itself. I’m not sure what the relationship between a potential antiviral or potential EBV-directed therapy would be. These B-cell therapies, to some extent, are targeting an aspect of this EBV. Some of the inflammation is probably mediated by antibodies and B-cells. The current therapies are targeting this to some extent, at least the inflammatory piece to it, but whether or not there’s a viral component to treatment, that remains to be seen. I don’t know if it will be something that happens this late in diagnosis. By the time you’re getting diagnosed, maybe it has predated that diagnosis by many years.