Case-Control Study Identifies Some Associations Between Dementia and Suicide

In a cohort of nearly 600,000 individuals, the combination of dementia diagnosis and presence of psychiatric comorbidity significantly increased the risk of suicide. 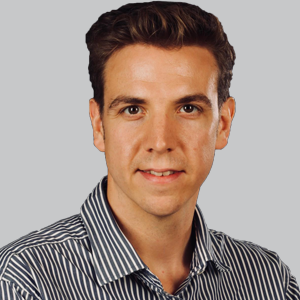 Findings from a population-based, case-control study in England showed no overall association between dementia diagnosis and suicide risk; however, specific subgroups, including those diagnosed before the age of 65 years, those in the first 3 months of diagnosis, and those with known psychiatric comorbidities, had significantly increased risk.1

"These results have important implications for dementia screening and management and for suicide prevention, both within specialist dementia services and primary care settings," Senior investigator Charles Marshall, PhD, clinical senior lecturer, Queen Mary University of London, and colleagues, concluded in their findings. "Based on our results, we suggest that the current efforts for timely dementia diagnosis take place hand in hand with robust risk assessment and support, in particular targeting patients with dementia who are most vulnerable to suicide."

Although there was no overall association between dementia and suicide, those who were diagnosed with the condition before the age of 65 years and individuals who were within 3 months of receiving a dementia diagnosis were at 2.82 times (95% CI, 1.84-4.33) and 2.47 times (95% CI, 1.49-4.09) increased risk of suicide after adjusting for age and sex, respectively. For those who received a diagnosis before 65 years, the suicide risk was greatest in the first 3 months after diagnosis (adjusted OR, 6.69; 95% CI, 1.49-30.12) and remained significantly increased even after 1 years of diagnosis (adjusted OR, 2.45; 95% CI, 1.50-4.02) compared with those without a dementia diagnosis.

"The presence of psychiatric illnesses is an important determinant of suicide risk in patients with dementia," Marshall et al wrote. "As potentially modifiable risk factors, screening and management of psychiatric illnesses in patients with dementia may help mitigate the increased suicide risk. Although we were unable to confirm an association between prescribing of pharmacological treatments for dementia and suicide risk, the statistical significance across strata may be related to a potential protective effect by these medications and/or by the social support and quality of care linked with the prescription of these medications."

Marshall et al did not observe any associations between dementia and suicide risk that were specific to certain dementia type. Additionally, those on prescribed medications for Alzheimer disease demonstrated 0.37 times (95% CI, 0.12-1.14; P = .02) reduced risk of suicide; however, this was imprecisely estimated. There was also no evidence of significant interaction with either sex or age in the association between dementia and suicide risk.