The treatment was well tolerated at 48 weeks in patients with DMD with a confirmed mutation amenable to exon 45 skipping. 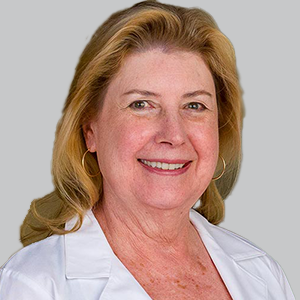 Casimersen (Amondys 45; Sarepta Therapeutics) was well tolerated and significantly increased exon skipping and dystrophic expression in patients with Duchenne muscular dystrophy (DMD) with a confirmed mutation amenable to exon 45 skipping at 48 weeks, according to an interim analysis of the phase 3 ESSENCE trial (NCT02500381).1

Investigators, led by Susan Iannaccone, MD, the Warren A. Weinberg, MD, chair in Pediatric Neurology and Learning, UT Southwestern Medical Center, included patients between the ages of 7 and 13 years who were on a stable dose of corticosteroids, had forced vital capacity percent predicted at 50%, and a 6-minute walk distance between 300 and 450 meters. Data were presented at the 2022 Muscular Dystrophy Association (MDA) Clinical & Scientific Conference, March 13-16, in Nashville, Tennessee.

Patients were randomized 2:1 to receive either intravenous casimersen 30 mg/kg (n = 27) or placebo once a week (n =16). Iannaccone et al found that those treated with casimersenhad a significant increase in exon 45 skipping, as assessed by droplet digital PCR compared with baseline (P <.001), which was not observed in those who received placebo (P = .808). Significantly increased mean dystrophin levels from baseline after 48 weeks of casimersen (0.93% vs 1.74% of normal; P <.001) were shown via Western blot analysis when compared with placebo, as well (mean difference, 0.59%; P = .004).

There was no suggestion of kidney toxicity in those treated with casimersen, and the treatment was generally well-tolerated. Of reported adverse events, most were mild and deemed unrelated to casimersen.

Casimersen was approved by the FDA for the treatment of DMD in patients with confirmed mutations amenable to exon 45 skipping in Feb 2021.The double-blind, placebo-controlled ESSENCE trial is ongoing, spanning 96 weeks, followed by a 48-week open-label period, and is anticipated to conclude in 2024.2

Previously, Sarepta had submitted its new drug application (NDA) filing in June 2020 and requested a priority review, which was granted by the FDA.3 The NDA included data from the casimersen arm of the ESSENCE study, which is a global, randomized, double-blind, placebo-controlled phase 3 study evaluating the efficacy and safety of casimersen in patients amenable to exon 45 skipping. A separate interim analysis from ESSENCE, announced in March 2019, implied that treatment was associated with a statistically significant increase in dystrophin production as measured by western blot in patients who received casimersen compared with baseline and placebo.