Celebrating the Expansion and Stressing the Importance of Newborn Screening

The explosion of new science and legislative decisions have expanded the capabilities and reach of newborn screening, providing thousands of families every year an opportunity to seek early, and critical, care for their infants. 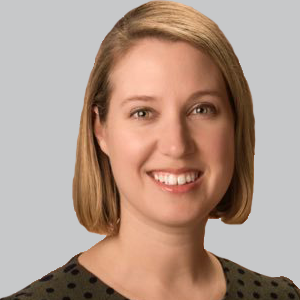 Every September, those around the country celebrate and raise awareness for newborn screening in the United States and the profound impact it has on millions of families. Considered one of the most valued public health programs in the US, approximately 12,000 newborns are identified annually with conditions for which screening, diagnosis, and effective treatments can be used early in life to significantly impact infant morbidity and mortality.1

The origins of newborn screening date back to the 1960s, when Robert Guthrie, MD, PhD, developed a blood test for a rare inherited disorder called phenylketonuria (PKU) shortly after birth and subsequently began conducting pilot studies to identify presymptomatic newborns with PKU. The success of those studies led to nationwide testing for PKU, and thus, the expansion of newborn screening for other conditions. Shortly after Guthrie’s breakthrough, in 1963, Galactosemia became the second disorder found to be detectable by newborn screening through methods developed by Guthrie and his colleague Ken Paigen, PhD.2

Two years later, 32 American states enacted screening laws, and by 1970, this number had increased to 45 states. Now, there are programs in all 50 states, with each program testing for at least 31 of the 35 core conditions on the Recommended Uniform Screening Panel (RUSP).1

"Early detection of many of these conditions is so important. And that’s a lot of what we do in primary care and pediatrics," Katie Lockwood, MD, MEd, who currently serves as an attending physician at the Children’s Hospital of Philadelphia (CHOP) primary care unit, as well as an assistant professor of pediatrics at the Perelman School of Medicine at the University of Pennsylvania, told NeurologyLive®. "Newborn screening is a key part to that. It’s critical that clinicians search for those results when they don’t see them, because it can take 5 to 7 days, or in some cases, slightly longer for those results to come back. It’s easy to forget that when you’re not seeing patients in the office."

In addition to the overhauled expansion of newborn screening, there have been several advances in testing panels and treatments. CRISPR (or, clustered regularly interspaces short palindromic repeats) is a relatively newer program that allows researchers to alter DNA sequences and modify gene function. Essentially, the system is built to give prokaryotes the ability to recognize precise genetic sequences that match a phage or other invaders and target these sequences for destruction using specialized enzymes. In a landmark 2012 paper led by Emmanuelle Charpentier, PhD, and Jennifer Doudna, PhD, the duo isolated the components of the CRISPR-associated proteins, including one called Cas9, adapted them to function in the test tube, and showed that the system could be programmed to cut specific sites in isolated DNA.3

In 2016, the approval of the first disease-modifying therapy for spinal muscular atrophy (SMA), a rare, fatal, neuromuscular disorder, opened the path to the first gene therapy approval, Zolgensma (onasemnogene abeparvovec; Novartis) in 2019, which led to the addition of SMA to newborn screening.4 Through newborn screening assays, clinicians are able to detect the presence or absence of deletion of the SMN1 at exon 7, or the root cause of the disease.

In addition to Zolgensma, there are several efforts being made for conditions in which an entire gene or more common gene variant can be targeted. From 2019 to 2021, orphan drug designations at the FDA increased by 41%, and from 2019 to 2020, rare pediatric disease designations increased 330%. The FDA has received more than 900 investigational new drug (INDs) applications for gene therapy clinical studies and expected 200 INDs per year beginning in 2021. As of February 2021, there were 109 late-stage gene-targeted therapies, and by 2025, the FDA expects to be approving 10 to 20 cell and gene therapies per year.5 Other molecularly targeted drugs that allow in vivo gene editing on the horizon include antisense oligonucleotides, messenger RNA (mRNA), small interfering RNA, endless RNA, and in vitro gene replacement therapies. 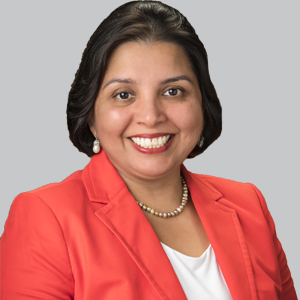 "Gene therapy is obviously in its initial phases and the CRISPR technology has some ethnical discussions going around it, but as neuroscientists work together to refine their technology, things get more promising, and it becomes a possibility to be offered in a bigger population," Sonika Agarwal, MD, MBBS, a neurologist in the Division of Neurology at CHOP, told NeurologyLive®. "We also have to keep in mind the funding and health equity. How do we offer these to all the children and population who needs this? And not just to a select group in an area where they have access to funding and the resources.”

Lockwood added, "As we detect conditions that are treatable or where early intervention would make a big difference, they can be added. But the process of adding conditions is slow because you have to make sure the state has the resources for both the screening, but also for the backend treatment and management for those conditions and if we can support that." She continued, explaining that the addition of an SMA version was driven by the desire to improve quality of life via earlier intervention. "It’s exciting when new conditions get added. I think many clinicians and parents hope that more conditions will be added, but again, we want to do that thoughtfully so that we can support the families and patients who are identified early," she said.

Since the creation of the National Institute of Child Health and Human Development in 1961, there have been several notable legislative decisions to improve newborn screening. In 1975, Congress passed the National Genetic Diseases Act, which established a national program to provide for basic and applied research, training, testing, counseling, and education programs with respective genetic diseases.6 Three years later, the Newborn Screening Quality Assurance Program (NSQAP), which provides training, consultation, guidelines, and materials to state public health labs and other labs responsible for newborn screening, was created by the Centers for Disease Control and Prevention (CDC).

In 1983, a small group of patient advocates formed a coalition known as the National Organization for Rare Disorders (NORD). For more than 30 years, NORD has been a leader in voicing the needs of the rare disease community, driving supportive policies, advancing medical research, and providing services to families and patients.7 Following NORD, the Council of Regional Genetics Networks (CORN) was established in 1983, setting off the next string of genetic-focused initiatives.

Launched in 1990 by the National Institutes of Health (NIH) and completed in 2003, the Human Genome Project represented the first observed sequencing of human genome. This project provided researchers with basic information about the sequences of the 3 billion chemical base pairs that make up human genomic DNA.8 Efforts to map human genome were expanded in 1993, when the NIH formed its Task Force on Genetic Testing. Since then, the NIH has established the Rare Diseases Act of 2002, Rare Disease Clinical Research Centers, and the Hunter Kelly NBS Research Program, among other initiatives.2

In 2021, Agarwal and her colleagues established the Fetal Neurology Consortium as an initiative under the American Academy of Neurology Transforming Leadership Program. Comprised of 8 members from fetal-neonatal neurology programs at US maternal-pediatric medical centers, the goal of the consortium is to develop applicable educational curricular to apply to multicenter research projects, educational partnerships, and family resources for stakeholders.

"We are very much in the initial stages, but there was no consortium for prenatal neurologic diagnosis and management," Agarwal added. “When 8 of us sit in a meeting and chat, everybody has a different perspective and different style that they’re doing things. Unless we all talk together and work together, the process cannot be successful.”

Forward Thoughts and Areas of Improvement

Although there have been significant improvements to newborn screening, some feel as though the process of adding new conditions remains a challenge. "It’s the infrastructure, the funding, and how advanced the advocacy for that particular condition is," Agarwal added. “If you go talk to all the experts, they will agree that there needs to be a more uniform way of approaching this issue, not only nationally, but globally as well."

Conditions tested during newborn screening can vary based on state. States rely on technical, clinical, and community advisory groups to evaluate the addition of new newborn screening tests for particular disorders. These deliberations are public, with the opportunity for input from health care providers, medical experts, parents, advocates, legislators, and public health programs. Most states have state advisory committees that review recommendations by stakeholder groups and compare them with recommendations by the Department of Health and Human Services Advisory Committee on Heritable Disorders in Newborn and Children. This federal advisory committee then recommends new disorders added to the national RUSP. Some states follow the RUSP in adding new disorders to state panels, some states consider the RUSP as one factor in decision making, while others take a more active and state-centered role in decision-making.9

In 2015, the American Society of Human Genetics recommended that conditions be added to state newborn screening panels only after a state or federal review process evaluating the benefits and harms, impacts on systems of care, resources and capacity, and input from relevant stakeholders.10 "The one thing people might not know is that it [newborn screening] varies by state in terms of what conditions are being tested for. That can be confusing, especially for some of our families who may live in one state and seek health care or deliver a baby across the state line," Lockwood said.

She continued, "what we can improve on and what rare disease organizations are advocating for is increasing legislature that expands newborn screening across all states and standardizes it. There’s no reason that a child in one state should have an early detection of a disease and a child in another state shouldn’t. In general, the newborn screening process is equitable within your state, but we want to see that equity spread across states as well."

Even though newborn screening is fairly accurate, a screening tests only indicates a child may have a condition. Additionally, a false positive result can occur for many reasons. Anything that cause the levels to be higher or lower than expected can lead to a false positive. For example, a healthy baby may have been out-of-range newborn screening result if he or she has not eaten enough before the screen, the specimen was exposed to heat, the initial blood sample was too small, or the test was performed too early. Clinicians still monitor a child even after a negative test and may pursue a workup for a condition if they begin to show signs or symptoms.11

"There has to be system to make [newborn screening] more rapid, because the test is not confirmatory,” Agarwal said. "It can be fallacious and lead to medicalizing of families that get a wrong diagnosis, and the infants get on treatments." She also expressed issues with standardized procedures for these infants, stating that it is not the same across state lines.

Agarwal added, "Whenever we get a candidate on newborn screening, we should be having guidelines for that. What is our processor of monitoring this baby going to be? Are they going to show symptoms at 4 months? And then when are we going to start the treatment? In those 4 months, what does the testing look like? Let’s say Nebraska is testing at 6 months, CHOP [in Pennsylvania] is testing at 3 months, and then Texas is testing at 9 months. That cannot give us the right answer."