The director of headache medicine and chief of general neurology at Yale Medicine spoke about the significance of having CGRP inhibitors in the armamentarium, and how therapies like eptinezumab can improve patients’ belief in their physician’s ability to help. 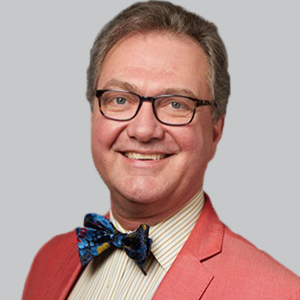 While one member of the class, eptinezumab, is still awaiting regulatory approval, anti-calcitonin gene-related peptide (CGRP) medications are poised to make an enormous impact on more than just the physician’s ability to treat headache. According to Christopher Gottschalk, MD, these agents might even improve patients’ belief in their physicians.

NeurologyLive spoke with Gottschalk to learn more about his thoughts on these therapies, his insight into eptinezumab’s possible impending approval, and what level of impact these treatments might have on the field of headache medicine. In addition, the director of headache medicine and chief of general neurology at Yale Medicine discussed the potential for these therapies to improve the lives of patients with migraine who struggle to remain adherent.

NeurologyLive: What has the CGRP class of medications done thus far for headache medicine? Has their impact on clinical practice aligned with all of the hype?

Christopher Gottschalk, MD: I'm the headache specialist, I am lucky enough to be a person who treats a problem that responds to therapy and restores people's lives every single day. That is an underappreciated sort of secret about headache medicine. This is not a painful, disappointing, frustrating profession—this is the most rewarding and exciting thing I know of. I've already spent the last 10 years figuring out how to tell people that we have really good tools, and if they use them properly, we'll make them better fast and keep them there.

Now, finally, we have a new class of drugs that are actually designed for migraine patients based on what we understand about their biology and lets us provide the best possible prevention for a problem that is more common than practically any other disease you can name, and several put together.

It's already true with the drugs that have been approved in the CGRP category that we have better treatment to offer with almost no adverse effects, in most cases. That's a miraculous combination that we've never been able to do before. My pitch to people is always, "I don't want you to do what you've been doing for 20 or 30 years," which is try a little of this and if that doesn't work then try a little of that and then maybe someday you get the really good stuff. No. I want you to start with the best possible option, and if that works well, then we can talk about scaling back or easing off or whatever else that's necessary.

Are there any downsides or challenges you see possibly arising?

The possibility that adherence will change—we know that for all the other prevention drugs for migraine we’ve had up until now, the adherence rates are terrible. If you prescribe a prescription for somebody for daily medication, a month later, half of them aren’t even refilling it, and 6 months later, half of those have stopped, too. That’s a bad landscape to start from. Here, we finally at least have an option that easy to take, only means having to inject yourself once a month, and it works well, and there are no bad adverse effects to make you want to stop&mdash;terrific.

Eptinezumab is still making its way through the regulatory process. Do you see it making an impact quickly if approved?

Now there's this possibility of another new member of the group that really works fast, and is something that I can monitor easily by saying "I'm going to give this to you every 3 months, I'm going to see you in my office, we're going to check in on how things are going." That in itself, I think, is a really good paradigm for treatment.

Do you have any reservations about eptinezumab being an infusion therapy?

I had mixed feelings about it at first, but the more I thought about it, I realized the really important part of that is that it means being able to say to people, "Look, I want to help you, and I know that I can do it, and you will know that fast." Most of the time, up until now, we've had to say to people, "Well, we've got to try this one, it may take 2 months to really get a benefit, and if that doesn't work then we'll switch to another one, but I really want you to wait 3 to 6 months." What kind of a story is that, to tell anybody?

“It may take a year to even find a treatment that might help you,” or, “I think I know what's wrong with you, I think I know what kind of treatment you need, and you will know this almost immediately.” That is a life-changing experience, and it helps to reinforce the idea with the patients that we actually mean business when we say we're trying to help them. Not just "I'm patient-centered" but "I actually know how to make a difference and you will feel that almost immediately." That is going to change the way people feel about whether or not doctors actually care about their problem, very quickly.

Do you have any concerns about long-term safety of the CGRP class?

What we know so far is that the adverse effect profiles of these CGRP drugs are terrific. In 1 of the cases, we have 1 that may be causing a little trouble a small percentage of the time—not a huge health care risk, just a nuisance, and in most people that gets better over time or can be treated. Overall, no serious worries about long-term complications. Not a cardiovascular problem, not a bone health problem, etc., all of which we're used to dealing with for other drugs that we've used for years.

Right now, the situation is really good and there are no major signals of problems hiding in the background. That says that we should be able to prescribe these routinely for just about everybody without having to worry about what will happen in 5 or 10 years. Data will continue to be collected, there may be changes in that—you never know for sure&mdash;but there's really been nothing to raise any serious concern so far.

The other part of that is the things that we have already been using and will continue to use is for acute care—so some combination of triptans and NSAIDs and dopamine-blocking antiemetics. All great drugs, but not things that you want to be using every day for 4 or 5 days a week. Now we have the ability to say, here's a package that will reduce the frequency of attacks, reduce your need for these other drugs&mdash;which work but you need to be careful about how much you use them&mdash;and you won't have to use as much. That's a terrific deal. That's saying you can use the right drugs when you need them, and we can limit how often that comes up because we have treatments that will make it less necessary. That's a great deal.