The Women's Alzheimer's Prevention Center becomes the first medical clinic in the US to offer a women-specific center for Alzheimer disease prevention, research, and caregiving support. 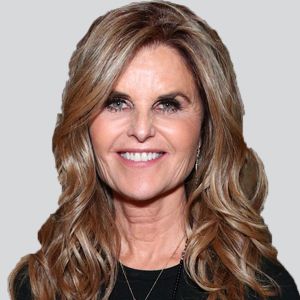 Building on peer-reviewed science indicating that up to one-third of all Alzheimer’s cases might be preventable through risk-reduction strategies, The Women’s Alzheimer’s Prevention Center is the first medical clinic in the nation to offer a women-specific center for Alzheimer’s disease prevention, research and caregiving support. Maria Shriver, founder of WAM, is the visionary behind The Women’s Alzheimer’s Prevention Center, which is located within Cleveland Clinic Lou Ruvo Center for Brain Health in Las Vegas, Nev.

“We know that two out of three brains that develop Alzheimer’s belong to women, but we don’t know why. Given there is no cure for this devastating disease, prevention is our best hope to reduce the physical, social and financial hardships brought on by Alzheimer’s to families around the world, especially in communities of color, where the risk for Alzheimer’s is sometimes double that for whites,” said Maria Shriver, founder of The Women’s Alzheimer’s Movement. “I’ve been talking for years about a medical facility tailored specifically to the needs of women who want to reduce their risk for Alzheimer’s, and am so proud that my friend Larry Ruvo and his renowned clinic stepped up to partner with WAM to make this first one a reality. Our goal is to lay out a medical path to a future that isn’t pre-ordained to include Alzheimer’s.”

Under the direction of Jessica Caldwell, Ph.D., a neuropsychologist with expertise in brain health, memory, aging, and women’s risks for Alzheimer’s disease, The Women’s Alzheimer’s Prevention Center combines the latest science on prevention with a woman’s medical history, biological risks, habits, mood and memory to create a personalized, sustainable plan for lifestyle modifications that can reduce the risk of Alzheimer’s disease.

“While Alzheimer’s disease impacts women disproportionately, today’s medical care models and research studies largely approach the disease that affects 5.8 million Americans as though it were the same for women and men. Our program is the first to pair prevention strategies with a woman’s individualized risk to help women make tailored, lasting behavior changes that promote brain health and reduce risk,” said Dr. Caldwell, director of The Women’s Alzheimer’s Prevention Center. “We are committed to science and hope our program will help us better understand why women are more likely to get Alzheimer’s and how we might prevent it.”

The Women’s Alzheimer’s Prevention Center is for women of all ages who may have a risk for Alzheimer’s disease due to family history or are concerned about their risk and want to minimize it. The ideal patient is interested in meeting with board-certified doctors and gaining an enhanced understanding of the impact of sleep, stress, medical conditions, menopause, nutrition, exercise and more on brain health, and adopting individualized recommendations for long-term lifestyle changes.