All severities of Alzheimer disease showed statistically significant benefits from the exercise program relative to controls, with more mild groups demonstrating the most improvement. 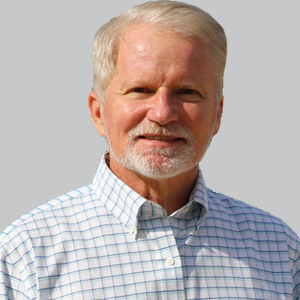 Using a 10-week modified fall risk remediation group exercise program, research showed that older adults with Alzheimer disease (AD) identified as at risk of falls by health provider had reductions in their fall risk and improved cognition compared with those not on the program.

The findings, presented at the 2022 Alzheimer’s Association International Conference (AAIC), July 31 to August 4, in San Diego, California, also demonstrated that the program is effective regardless of AD severity, as shown by statistically and clinically significant improvements across mild, moderate, and severe groups. In comparison, the control group showed no statistically significant change throughout the trial period.

A total of 65 individuals ranging in age from 51 to 88 years underwent the 10-week exercise program and were compared with 20 controls on outcome measures such as Timed Up and Go (TUG), Montreal Cognitive Assessment (MoCA), and Dementia Severity Rating Scale (DSRS). Patients included in the study were identified as a fall risk by themselves and health providers, had previously experienced a fall related injury, and did not have an unstable cardiovascular state, recent surgeries or fractures, were nonambulatory, or had active infection/fever.

Lead investigator Stephen Carp, PT, PhD, GCS, associate professor, DeSales University, and colleagues used a modified version of the Otago Exercise Program as the study intervention. This program includes several different tasks and functions, such as a warm-up, aerobics, flexibility (sitting and standing), strengthening, balance, and a cool down (standing and sitting). Pre- and postmeasures were analyzed on SPSS version 23 using repeated measures ANOVA and a post hoc Tukey was used to determine the significance of the mean differences between groups.

Exercise and physical activity may bring many benefits for individuals with AD and other related dementias. These including improving the health of heart and blood vessels, reducing the risk of some types of cancer, stroke, and diabetes, improving cognition, and improving sleep. Additionally, increased physical activity can lead to enhanced physical fitness, the ability to conduct daily activities of living, and improved self-esteem and mood.

In 2021, Cleveland Clinic initiated a study called CYCLE-AD (Cycling to Cease or Limit the Effects of Alzheimer Disease), to assess the disease-modifying effects of high-intensity exercise interventions. Led by Stephen Rao, PhD, and Jay Alberts, PhD, the trial includes sedentary elders with the APOE ɛ4 allele who will undergo training 3 times a week for 18 months using the Peloton home cycling system.

Around the time of the announced trial, Rao told NeurologyLive®, "The big problem is that we don’t identify people who start getting the changes early enough. One of the thing Dr. Alberts and I have been working on very carefully is developing assessment tools that can be used in primary care so that we can actually measure cognition when people come in for their annual wellness visits, which is prescribed by Medicare. That problem is that people don’t get diagnosed until they have Alzheimer disease."