Across the cohort, 11.6% of patients had impairments in memory, attention, and executive function; however, cognitive status was influenced by severity of anosmia, or loss of taste and smell. 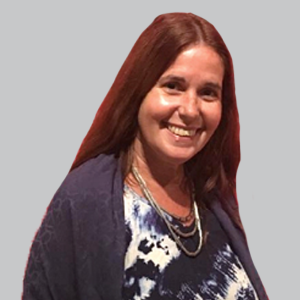 A cohort of 766 Amerindian participants aged 60 years or older recruited from a provincial health registry were included in an analysis, 88.4% of whom were infected with COVID-19 and 11.6% who were not. None of the controls had olfactory dysfunction. Using a logistic regression model, lead investigator Gabriela Gonzalez-Aleman, LCP, PhD, Pontificia Universidad Catolica Argentina, and colleagues, found that severity of anosmia, not clinical status, significantly predicted cognitive impairment.

Among both controls and infect patients, normalized z-scores showed that 11.7% of patients had memory only impairment (single-domain), 8.3% had impairments in attention and executive function without memory impairment (multiple domain), and 11.6% of individuals had multiple domain impairments relative to normal cognition. In the multidomain group, z-scores below –2, defined as cognitive impairment, were found in each task except for word list-long term memory (–1.59), 5-digit test-inhibition (–0.5) and 5-digit test-flexibility (–1.14).

For the multiple domain group, only 2 tasks reached the criteria for cognitive impairment: oral trails-mental (–2.25) and oral trails-switching. None of the z-scores in the single domain group reached scores considered cognitive impairment. Functional memory impairment—defined as CDR scores of at least 1—were reported in two-third of infected patients, and the impairment was severe in half of them. Phone-based follow-up at 1 year revealed high adherence, as only 4 participants declined. Of the 1.5% of patients who did not receive at least 1 vaccine dose, 12.5% became reinfected. Rates of reinfection (range, 10% to 23%) were not affected by the vaccination schedule.

Smell alteration and cognitive impairment have been commonly reported as features of long-COVID syndrome. Recently, a multicenter, cross-sectional study found that smell alterations persisting over 6 months, cognitive impairment, and headache, were associated with more severe olfactory loss, consistent with neuroinflammatory mechanisms mediating a variety of long-COVID symptoms. Those who were affected by both mental clouding and headache showed increased risk of presenting with anosmia (odds ratio [OR], 41.0; P = .01), hyposmia and parosmia (OR, 13; P = .08), or hyposmia alone (OR, 9; P = .1), and moderate risk of parosmia (OR, 5; P = .3); however, statistically significant P values were identified for anosmia only.2