The History of Exercise Interventions to Prevent Alzheimer Disease

The duo from Cleveland Clinic discussed the reasons for choosing cycling as part of their newly initiated clinical trial, as well as what has been observed for home-based exercise interventions. 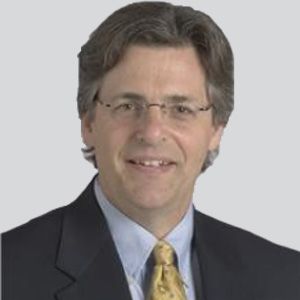 This is 2-part interview. To view part 1, click here.

One of the more profound trends within the Alzheimer disease (AD) community over the past decade has been the growth in research on using lifestyle interventions, specifically exercise, as a way to improve cognition and reduce the risks of the disease. Exercise has been universally known as a pillar of health, but the specifics of prescribing it as a preventive option have been unknown to date.

A newly initiated study dubbed CYCLE-AD (Cycling to Cease or Limit the Effects of Alzheimer Disease), headed by a group of Cleveland Clinic researchers, is designed to assess the disease-modifying effects of a high-intensity exercise intervention aimed specifically at sedentary elders with the APOE ɛ4 allele. Subjects in the exercise arm will undergo this training 3 times a week for 18 months using the Peloton home cycling system. 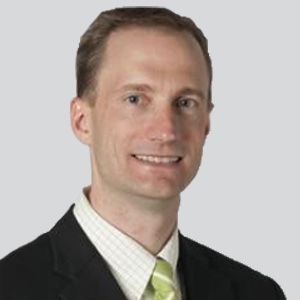 Stephen Rao, PhD, and Jay Alberts, PhD, co-principal investigators of the trial, stopped by to discuss the reasons for choosing the cycling intervention and the history leading up to this choice. The second half of their interview touches on the objectives of the trial and the significance if it proves successful, as well as the decision to specifically look at patients between ages 65 and 80 years.

NeurologyLive: What made you choose cycling? Are there specific types of exercise that may be more prone to altering cognitive onset?

Jay Alberts, PhD: As you mentioned there are a lot of data out there with different types of exercise interventions from aerobic to anaerobic strength training, stretching, etc. That is leading to this situation where we don’t know what to prescribe very well. Our rationale for this exercise came from some very positive studies we’ve had in Parkinson disease in terms of showing improvements and delaying some of the progression of Parkinson disease. The reason I’m a fan of the cycling is that it is safe to begin with. Again, we were instructing patients with Parkinson disease to exercise at a relatively high intensity and these patients already have postural and gait dysfunction. In a home environment, it makes it a little bit difficult to deploy, just because of safety.

The Peloton platform is nice because we can see what rides people are doing, the intensity of the rides, the heart rate, and it’s all packaged into data for us to analyze. Is there anything magical about cycling? Probably not. But I do think there are some interesting things about it from a cyclical movement perspective and a repetitive perspective that depending on the neurological disease, may actually be important in terms of priming different areas of the brain for either remodeling or slowing of progression.

Stephen Rao, PhD: At some point, Dr. Alberts and I had actually considered doing another project where we looked at more low impact type of exercise. We may still do that in the future.

Let’s say the study is successful, would looking at a younger population be the next goal? Where else would you like to go with your research?

Stephen Rao, PhD: The reason we study 65- to 80-year-olds is because they’re the most vulnerable age group when it comes to this particular genetic risk factor. The risk factor we’re looking at is the apolipoprotein E, or APOE. If you looked at younger people, you wouldn’t see anything because they’re not already starting to show Alzheimer changes. If you’re looking at older people, it turns out that if you make it to 80 and you don’t have Alzheimer disease, the genetic risk factor goes back to the general population. We’re trying to hit a specific sweet spot in terms of age of people who are intact but are at risk because of their age and genetic risk factor, to start showing atrophy of the brain and also try to show that they will have a deterioration in their cognition.

There is that fundamental question, ‘is the neuroprotective effects occurring?’ Is this because a person has been exercising most of their life on a consistent basis and that’s why we’re seeing the effects? Or is it possible the reverse the effects more acutely. That is the goal of the CYCLE-AD project. Can we affect something using short-term intervention that can be impacted in a relatively short duration? If we’re successful in that, it’s going to open the doors for all kinds of other projects in terms of expanding this on a larger scale. I think it will make a difference.

How much has been achieved in terms of the progression of Alzheimer disease by researching lifestyle choices?

Stephen Rao, PhD: The big problem is that we don’t identify people who start getting the changes early enough. One of the thing Dr. Alberts and I have been working on very carefully is developing assessment tools that can be used in primary care so that we can actually measure cognition when people come in for their annual wellness visits, which is prescribed by Medicare. That problem is that people don’t get diagnosed until they have Alzheimer disease. But there’s a period before that called mild cognitive impairment that can precede as much as 3 to 5 years before you actually get the diagnosis. Then there are people who are have subtle cognitive changes as much as 5 to 7 years before they’re diagnosed. They’re not labeled as having mild cognitive impairment, but they have subtle changes.

If we can identify those people early on, that will make a huge difference in terms of prevention. We’re using the genetic risk factor, but there are other factors that can cause people to experience cognitive dysfunction, which may be the earliest stages of Alzheimer disease. For example, hypertension and having elevated cholesterol levels, having diabetes that’s not well controlled are all factors. Especially if someone is starting to show some cognitive decline, these are all ripe for preventive techniques. Through exercises, prescriptions of exercise, changes in diet, and all that. That’s where the field is moving, mainly in the direction of prevention.