Findings from a study on Parkinson disease revealed that combining blood biomarkers in addition with clinical measures with prognostics modelling are associated with a more vital prediction in disease progression. 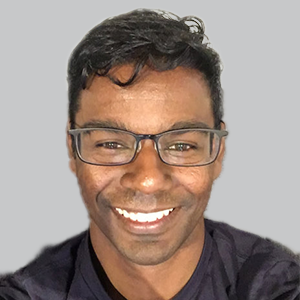 A recent study on 291 patients with Parkinson disease (PD) showed that a combination of serum neurofilament light (NfL), clinical outcomes, and patients’ genetic status can assist with the prediction of PD progression.1 Having more accurate predictions of progression on patients with PD could improve selection for clinical trials.

Not only was baseline NfL associated with baseline cognitive status, NfL also predicted a shorter time to dementia (HR, 2.64), postural instability (HR, 1.32) and death (HR, 1.89).1 In comparison, apolipoprotein E (APOE) ε4 status was associated with progression to dementia (HR 3.12; 95% CI, 1.63-6.00). The genetic variables and NfL levels predicted an unfavorableprogression in a similar contrast as clinical predictors.

By combining both NfL, clinical, and genetic data, the data produced a stronger prediction of unfavorable outcomes, indicated by an area under the curve (AUC) of 0.84, compared with age and gender, which had an AUC of 0.74 (P = .0103). Serum NfL in combination with genetic variables such as glucocerebrosidase (GBA) and APOE provided a better prediction of several aspects of PD progression in prognostic modelling then with clinical measures alone.

Primary investigator Nirosen Vijiaratnam, MBBS, academic researcher, Department of Clinical and Movement Neurosciences, University College London, UCL Queen Square Institute of Neurology, and colleagues noted that they, “classified patients as having a favorable or an unfavorable outcome based on a previously validated model, and explored how blood biomarkers compared with clinical variables in distinguishing prognostic phenotypes.”

Patients with PD included in the analysis were recruited from the observation Tracking Parkinson’s study. Patients enrolled in the study met the Queen Square Brain Bank criteria and had supportive neuroimaging. The patients also had to be within 3.5 years of diagnosis at recruitment, which included drug-naïve and treated patients between the ages of 18 and 90 years.

A minimum follow-up of 2.5 years was needed for patients to be selected for the NfL analysis. In addition, for facilitating an analysis of whether NfL might help discriminate typical PD with a high index of diagnostic certainty (greater than 95%), from an equivalent sample of cases with atypical clinical features with a lower index of diagnostic certainty (less than 80%), further selection criteria were applied at their 2.5-year clinical assessment. The limitations of the study were the lack of assessment in the OFF medication state and the lack neuropathological diagnostic confirmation in the cohort.

Other findings were that the baseline MoCA and SF scores were associated with NfL levels, which were consistent with other studies exploring global cognitive function,2 and highlighted the value of more detailed neuropsychological testing. Furthermore, there was no note of significant differences in NfL levels when comparing patients with a heterozygous or homozygous APOE ε4 status to those who did not. Although, the predictive capacity of APOE ε4 status on the development of dementia and cognitive progression was confirmed, the Vijiaratnam et al noted.1

There was a negative main effect of higher baseline NfL levels on progression scores in mixed modelling which was consistent with NfL levels peaking prior to the onset of appreciable clinical features.3 Additionally, despite only noting a trend towards baseline NfL levels being associated with cognitive progression as determined by changes in MoCA, investigators identified significant predictive capacity for earlier development of dementia. This supported a previous study that suggested that NfL reveal is better at the prediction of the development of dementia than mild cognitive impairment.4

Based on the findings, NFL’s ability to predict cognitive progression could be explained through predicting more accurate progression, reflecting the magnitude of alpha synuclein deposition and anatomical dysfunction present.1 “Clinical trials of disease-modifying therapies might usefully stratify patients using clinical, genetic and NfL status at the time of recruitment,” Vijiaratnam and colleagues wrote.