Worsened clinical outcomes for patients with MS due to an increase in comorbidities could provoke the need of greater management of them in the clinical care setting. 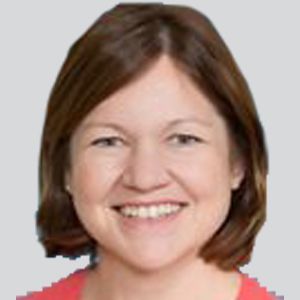 Results from a secondary analysis of the CombiRx clinical trial (NCT00211887) revealed that comorbidities were common among patients with multiple sclerosis (MS) and influenced disease outcomes, including relapses.1

Using a multivariate Cox regression model after adjustment, anxiety (hazard ratio [HR], 1.25; 95% CI, 1.01—1.55), and dyslipidemia (HR, 1.32; 95% CI, 1.01–1.72) were associated with an increased hazard of any disease activity, while migraine (HR, 0.80; 95% CI, 0.67–0.96) was associated with a decreased hazard. Study authors concluded that comorbidity burden of clinical trial participants with MS may be an important factor in the outcome of clinical trials.

They continued to write, “This study also has practical implications for the care of people with MS, highlighting the need to emphasize the importance of maintaining a healthy weight and appropriate management of comorbidities in the management of our patients with MS.”

Over the course of follow-up, the prevalence of each comorbidity and overall count of comorbidities continued to increase. The trial compared interferon-beta-1a, glatiramer acetate, and the combination of those agents, but found that the count of comorbidities and prevalence of individual conditions did not differ between treatment arms, neither at enrollment nor over the course of follow-up (all P <.05).

Overall, 739 (77.1%) of participants had evidence of disease activity, with 280 (37.9%) of those resulting from combined unique lesion activity alone, 51 (6.9%) from protocol-defined relapses alone and 68 (9.2%) from EDSS worsening alone. Activity through a combination of those outcomes accounted for the remaining 340 (46%) participants.

Evidence of disease activity, including relapses, disability worsening, magnetic resonance imaging (MRI) changes were all used as part of the primary outcome of the analysis. Each of those outcomes were all assessed individually as well.

EDSS examination took place at enrollment, and every 3 months until month 36, then every 6 months thereafter. MRIs were completed at enrollment, months 6, 12, 24, and 36, then yearly thereafter. All participants were followed for at least 3 years, beginning in 2006, but some were followed for up to 7 years based on the study design of following all patients until the last patient completed 3 years, ultimately completing the study in 2013.

Salter and colleagues concluded that additional studies on the impact of comorbidity on clinical trial outcomes, and response to disease-modifying therapies is warranted.

A study published in early February had suggested that those with MS who have comorbid conditions are more like to have all-cause, but not MS-specific, hospital admissions, particularly early in the disease course. Compared to their counterparts without comorbidity, those with additional conditions had an adjusted risk ratio of 1.72 (95% CI, 1.48—1.99) for all-cause hospitalizations. Notably, having comorbidity did not increase the risk of having an MS-specific hospitalization (adjusted odds ratio [aOR], 0.76; 95% CI, 0.59–0.99).2

NeurologyLive also recently sat down with Amy Sullivan, PsyD, director of behavioral medicine at the Mellen Center for MS Treatment and Research, Cleveland Clinic , who discussed the importance of screening patients with MS for other conditions for which they are prevalently comorbid, such as depression or sleep disorders.