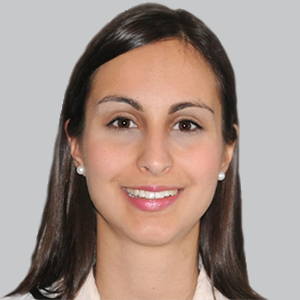 Cortical stimulation may offer a reliable method of identifying the cortical area responsible for the generation of seizures in patients with focal drug-resistant epilepsy, and may also be associated with surgical outcome, according to new findings.

Ultimately, of the more than 100 patients included in the study, a higher percentage of patients (70.5%) who underwent successful cortical stimulation to induce electroclinical seizures experienced good outcomes than those who experienced poor outcomes (47.5%), a statistically significant difference (P =.02).

Oderiz and others detailed that cortical stimulation is often used to obtain information on the location and extent of the epileptogenic zone in presurgical investigations. “This study demonstrates that seizures induced by cortical stimulation are a good marker of the epileptogenic zone and therefore are associated with surgical outcome,” they wrote.

Patients were stratified by their surgical outcomes, which were designated by Engel class scores, either as good (Engel class I; n = 44) or poor (Engel class II-IV; n = 59). In total, 31 and 28 patients in the 2 groups, respectively, underwent cortical stimulation.

“Seizure induction by cortical stimulation appears to identify the epileptic generator as reliably as spontaneous seizures do; this finding might lead to a more time-efficient intracranial presurgical investigation of focal epilepsy as the need to record spontaneous seizures is reduced,” Oderiz and colleagues wrote.

To ensure that the induced seizures were, in fact, similar to spontaneous seizures, the analysis was done on the seizure-onset zone (SOZ) on a single-channel basis. The investigators noted that a high correlation was observed between the channels both induced and spontaneous SOZ, building on the results of previous studies which have suggested a resemblance between cortical stimulation-induced seizures and spontaneous seizures.

The surgical outcome of each group correlated with the percentage of resected contacts that surrounded the cortical stimulation-informed SOZ of patients. In those with good outcomes, that percentage was 63.2% (range, 0 to 100) compared to 33.3% (range, 0 to 84.6%) in those with poor outcomes (Spearman ρ&thinsp;=&thinsp;0.38; P&thinsp;=&thinsp;.003).

Oderiz et al noted that 7 patients had cortical stimulation-induced electroclinical seizures but no spontaneous seizures during the analysis. Surgical outcomes in that group of 7 did not differ from the outcomes of the total group, with 57.1% having good outcomes, compared to 42.7% of the total group (P&thinsp;=&thinsp;.35). This may suggest “that cortical stimulation might be extremely valuable to obtain induced electroclinical seizures and might be used as a substitute for the recording of spontaneous seizures,” they detailed.

Also of note was that a longer period of time since the patients’ most recent seizure was associated with a higher likelihood of inducing seizures. All told more than 24 hours had elapsed for 64.7% of patients, compared to the remaining 27.3% who had experienced a seizure within 24 hours (P&thinsp;=&thinsp;.04).

The group acknowledged some limitations of the study, most notably the exclusion of 65% of the initial 294 patients, due to the need for high-resolution neuroimaging with implanted electrodes and adequate postsurgical imaging and follow-up. Although, the study’s strict criteria, “which required precise co-registration of the neuroimaging, were key to the main outcome,” they wrote.