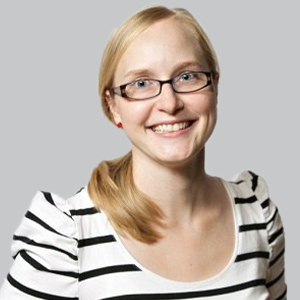 At the recent virtual Institutional Perspectives in Neurology: Multiple Sclerosis program, several presentations were given by staff at Mayo Clinic addressed some hot topics in the clinical care and diagnosis of multiple sclerosis (MS), including the latest in therapeutic advances and the many mimics and demyelinating disorders that present similarly to MS, among other topics.

The sessions were moderated by program chair Brian G. Weinshenker, MD, FRCPC, professor of neurology, College of Medicine, Mayo Clinic Rochester. One of the main focuses of the program was new therapies, particularly the landscape of newly approved sphingosine phosphate 1 (S1P) targeting oral medications for MS.

That presentation was given by Jessica L. Stulc, MD, MPH, director, Multiple Sclerosis Treatment and Research Center, Minneapolis Clinic of Neurology, who shared insight specifically into the currently approved therapies for relapsing-remitting MS and the mechanism of action for the new entries in the S1P class, ozanimod (Zeposia; BMS) and ponesimod (Ponvory; Janssen), which were approved in March 2020 and March 2021, respectively. She began by detailing the expression and background on the receptor.

“These are G protein couple receptors that work as a signaling molecule. Primarily, for MS, the function we’re aware of is that it keeps the lymphocytes in the lymph nodes—you have to have signaling to allow egress of the lymphocytes out into the peripheral tissues,” Stulc explained. She also clarified the 5 subtypes of S1P receptors: S1PR1, S1PR2, S1PR3, S1PR4, and S1PR5, the last of which is expressed in the white matter of the central nervous system (CNS).

Stulc then continued by highlighting the major differences between these 2 new additions to the MS therapeutic arsenal. Ozanimod, on the one hand, is selective in its targeting of S1PR1 and S1PR5, and has an active metabolite. It was compared to intramuscular interferon ß1a in both its phase 3 clinical trials, Radiance and Sunbeam. On the other hand, ponesimod is selective in its targeting of only the S1PR1 receptor and has no active metabolite. In its clinical development in the OPTIMUM study, it was compared to teriflunomide (Aubagio; Sanofi). Additionally, it is considered a rapid-acting agent.

Stulc noted that there is a titration for the drug, taking place over 8 days, and for a 0.92-mg maintenance dose. With regard for safety outcomes with ozanimod, in clinical trials, patients treated with the therapy expressed minor heart rate reductions—with an average mean decrease of 1.0-1.2 beats per minute in hour 5 of day 1 of dosing. The maximal effect, she noted, occurred on day 8. Additionally, an average of 1-2 mm Hg decrease in blood pressure was observed related to the safety outcome of hypertension.

In highlighting the prescribing information for the agent, Stulc pointed to the contraindications, specifically that patients with severe and untreated obstructive sleep apnea and those concomitantly using a monoamine oxidase inhibitor. “That is because of the active metabolite, [so there are] the recommended prebaseline assessments. Basically, getting your updated labs, your EKG, et cetera. If there’s a question about other drugs that reduce heartrate, they do recommend a cardiology consult. Only OCT is recommended for those with a history of diabetes or uveitis,” she explained.

For ponesimod, Stulc explained that the safety outcomes in OPTIMUM, there was a similar reduction in heart rate observed, with a mean decrease of 1.0-6.0 beats per minute on day 1, and an atrioventricular (AV) conduction delay—specifically resulting in first-degree AV block in 3.4% of ponesimod patients compared to 1.2% with teriflunomide. No second- or third-degree blocks were observed.

Additionally, she noted that ponsimod is contraindicated for individuals with a myocardial infarction (MI) within the last 6 months, unstable angina, stroke, transient ischemic attack, decompensated heart failure, or class III/IV heart failure. Additionally, a first-dose observation is recommended for all patients with sinus bradycardia, first- or second-degree AV block, or any history of heart failure or MI. Caution is advised, Stulc explained, when patients have severe respiratory disease.

“In terms of clinical considerations, the sequencing of the drug, the timing, the mechanism of action, and then underlying health conditions and medications your patients might be taking [should be top of mind] as you’re considering these medications,” Stulc concluded.

Other presentations at the meeting included the following: